The U.S. Senate closed out the week before Memorial Day by confirming Gen. James McConville as the Army's new chief of staff and Adm. Bill Moran as the Navy's new chief of naval operations 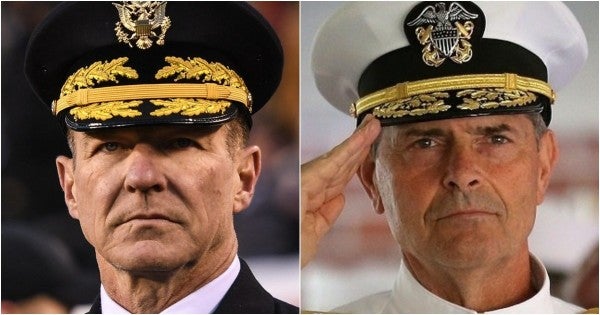 The U.S. Senate closed out the week before Memorial Day by confirming Gen. James McConville as the Army's new chief of staff and Adm. Bill Moran as the Navy's new chief of naval operations.

McConville, a West Point graduate whose nomination was originally announced at the AUSA Global Force Symposium and Exposition back in March 2019, was previously the longest-serving commanding general of the 101st Airborne Division (Air Assault).

As Task & Purpose previously reported, the West Point graduate brings “extensive experience” as an Army aviator and significant flight time in rotary-wing aircraft like the AH-64D Longbow Apache, OH-58 Kiowa Warrior, and the AH-6, AH-1 Cobra to the role

McConville “is an extremely accomplished Army officer and I'm supremely confident in his abilities as the next Chief of Staff,” Army Secretary Mark Esper said in a Thursday statement. “He has played an instrumental role in almost every major decision the Army has made since becoming the Vice Chief of Staff and is the perfect leader to carry on our mission of preparing the Army for the future.”

Moran, who had served as VCNO since May 2016, is a graduate of the U.S. Navy Academy and a P-3 Orion pilot by training who previously served on the staffs of the chief of naval personnel and U.S. Indo-Pacific Command, as Task & Purpose previously reported.

“I am deeply humbled and honored to be given the opportunity to continue to serve as our Navy's next chief of naval operations,” Moran said in a preprepared statement on Friday. “I look forward to the honor of leading the men and women of the world's greatest Navy in service to our nation.”

Gen. Mark A. Milley, McConville's predecessor as Army chief of staff, was formally nominated for the role of Chairman of the Joint Chiefs of Staff in April. Current CNO Adm. John Richardson, according to USNI News\, will retire after 37 years as a Navy officer.