Gen. James McConville nominated as next Army Chief of Staff

Chief of Staff Gen. Mark Milley was nominated to take over as the Chairman of the Joint Chiefs. 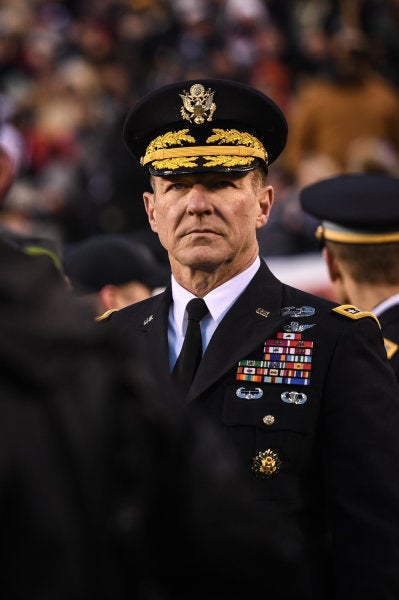 Army Vice Chief of Staff Gen. James McConville has been nominated by President Trump to take over as Chief, replacing Gen. Mark Miley.

McConville is a West Point graduate, who has served as commanding general of the 101st Airborne Division (Air Assault). He has extensive experience as an Army aviator, with flight time with the AH-64D Longbow Apache, OH-58 Kiowa Warrior, AH-6, AH-1 Cobra, and more.

He became vice chief of staff in June 2017. he and his wife have three children, all of which are currently serving in the military, according to his biography.

Milley was nominated at the end of 2018 to become the next Chairman of the Joint Chiefs of Staff. The current chair, Marine Gen. Joseph Dunford, is retiring on October 1 this year.

SEE NEXT: Trump Officially Nominates Army Gen. Mark Milley As The Next Chairman Of The Joint Chiefs Of Staff