The Pentagon's transgender ban prevents potential recruits with a diagnosis of gender dysphoria from joining the military unless they have been medically stable for 36 months and if they have not yet had medical treatment to transition to a new gender. 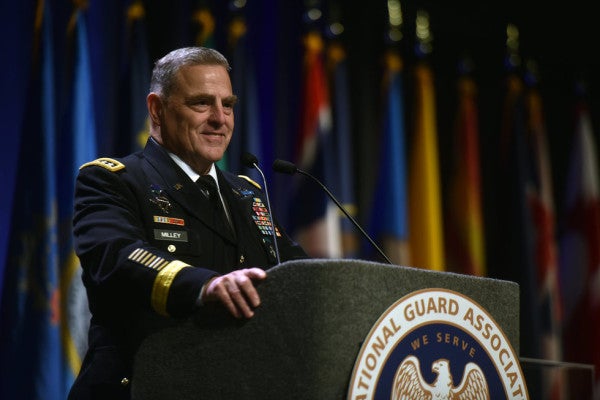 The Pentagon's transgender policy became effective on April 12. It prevents potential recruits with a diagnosis of gender dysphoria from joining the military unless they have been medically stable for 36 months and if they have not yet had medical treatment to transition to a new gender.

“First of all, it's not a ban because a person from civil society can try to come into the military and become a soldier, sailor, airman, or Marine,” said Milley, who has been nominated to become the next chairman of the Joint Chiefs of Staff. “When they enter into the process, they'll go through medical and physical exams, etc.”

“If they identify as transgender, then they can apply for waivers if they have gender dysphoria, which is a medical condition,” he continued. “That waiver, like all the other medical waivers that we grant, will be evaluated by medical professionals to determine if they meet the standards.”

Transgender service members who had a diagnosis of gender dysphoria prior to April 12 are exempt from the ban.

During the confirmation hearing, Sen. Mazie Hirono (D-Hawaii) argued that the Defense Department's transgender ban would make it hard for the military to recruit, especially since so few young men and women are qualified to serve.

“Were it not for the fact that the president imposed this policy, would you be implementing such a policy?” Hirono asked.

“I think that, in my view, we're a standards-based military, as you point out,” Milley replied. “We're concerned about the deployability and effectiveness of any of the service members. So if you meet the medical, behavioral health, the conduct standards and physical standards, etc., then it's my view that you should be welcome in.”

Hirono interrupted Milley to say, “That sounds like a yes,” because there is nothing inherent about transgender people that makes them unqualified to serve.

“I don't believe there's anything inherent in anyone's identity to prevent them from serving in the military,” Milley said. “It's about standards, not an identity.”

SEE ALSO: Here's everything you need to know about the DoD's transgender ban

WATCH NEXT: Coming Out: A Transgender Airman's Story