Nevada, Washington, Oregon and New Mexico have joined California in defying the Trump administration ban on transgender military, which went into effect April 12 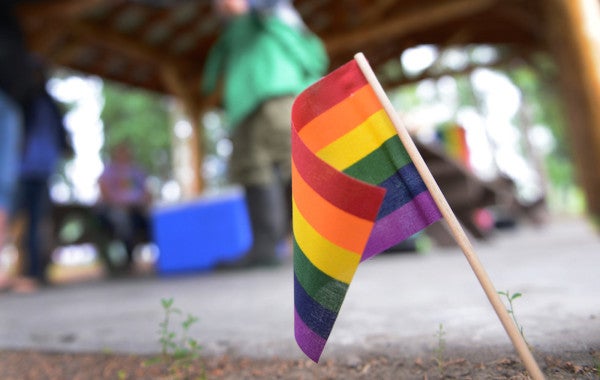 Nevada, Washington, Oregon and New Mexico have joined California in defying the Trump administration ban on transgender military, which went into effect April 12.

Shortly after the policy took effect, Maj. Gen. Matthew Beevers, one of California National Guard's highest ranking officers, brushed off the new rules, saying that the gender identity of soldiers were “the least of our concerns,” as reported by The Hill.

When the policy was first announced via a series of tweets in 2017, President Trump wrote, without providing any factual evidence, that the military couldn't “be burdened with the tremendous medical costs and disruption that transgender would entail.”

Beevers didn't agree. “Anybody who is willing and able to serve state nation should have the opportunity to serve. It's unconscionable in my mind that we would fundamentally discriminate against a certain class of people based on their gender identity,” he said, adding that they “will explore every avenue to ensure” that transgender people could serve in California.

National Guard units are primarily controlled by the governor, and not by federal government.

On April 20, the New Mexico National Guard joined in.

“We are not going to discharge any transgender individual from serving in our state National Guard, nor would this state ever discriminate against someone based on their gender identity,” Tripp Stelnicki, the governor's communications director told local TV news station KOB4.

Three other states have now announced they would take the same position, according to The Daily Beast.

“The State of Nevada does not discriminate against anyone, including and especially service members, based on gender identity or expression,” Helen Kalla, communications director for Nevada Gov. Steve Sisolak, told The Daily Beast. “Governor Sisolak believes the only criteria to serve in the Nevada National Guard is one's readiness to serve.”

Oregon Gov. Kate Brown said she'd “use every option available to ensure that every eligible Oregonian, regardless of gender identity, can serve their state and country.” She added that she is “appalled that the Supreme Court is delivering an intentional blow to civil rights by supporting a push from the Trump Administration to bar transgender people from serving in the military.”

Washington State has also stated publicly that it'd be part of the resistance to the ban. A spokesperson for Gov. Jay Inslee told The Daily Beast that his office “stands in solidarity with transgender Americans across the country in opposing this policy and won't stop fighting until it is defeated.”

SEE ALSO: Here's Everything You Need To Know About The Dod's Transgender Ban

WATCH NEXT: A US Service Member Talks About Being Transgender In The Military