On Tuesday, the Supreme Court issued a 5-4 decision reversing lower courts' decisions that prevented the ban from taking effect. 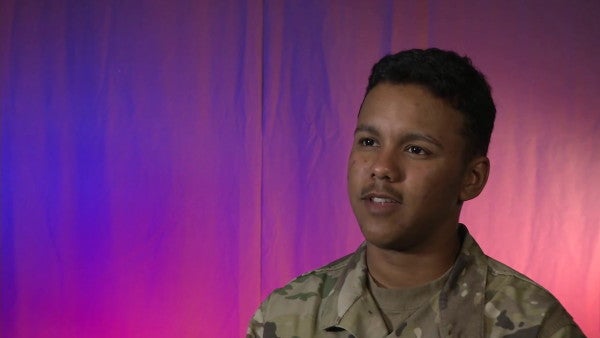 The Supreme Court reportedly has allowed the Pentagon's ban on transgender service members to take effect amid ongoing legal challenges.

The ruling should prevent the U.S. military from recruiting transgender men and women, but it does not mean that transgender service members currently serving will be separated, said Andy Blevins, a Navy veteran and executive director of OutServe SLDN, which has filed a federal lawsuit challenging the transgender ban.

“This decision is essentially implementing the Mattis February 2018 policy around transgender service member accessions, which included a grandfather clause for folks that were already openly serving as transgender,” Blevins told Task & Purpose on Tuesday. “Given today's order, our transgender service members and recruits should understand that if they are already out, serving, and receiving transition-related care, they should continue to do so.

“However, if they are not out and serving, coming out at this time could risk separation under the new Trump policy regarding gender dysphoria.”

While Tuesday's decision is a disappointment for transgender service members, they will continue to serve their country in combat zones and elsewhere around the world, said Air Force Staff Sgt. Logan Ireland, who deployed to Afghanistan after transitioning from female to male.

“As a proud service member, I swore an oath to protect and defend my country with my life,” Ireland told Task & Purpose. “I have an obligation to fight for dignity and respect amongst all ranks, and for those aspiring to join our ranks. We are no different than the thousands of others who have, and who will, take that oath to serve.”

The Pentagon issued a brief statement on Tuesday that did not address how the Supreme Court's decision would affect the Defense Department's policy on transgender service members.

On March 23, 2018, the White House announced that any men and women “with a history or diagnosis of gender dysphoria—those who may require substantial medical treatment, including through medical drugs or surgery” could not stay in the military or be recruited anymore.

However, the Defense Department continued to recruit and train transgender individuals because federal judges had blocked the ban from being implemented.

“The military made a deliberate decision after a year of study to allow transgender people to serve,” said Sue Fulton, former president of SPART*A, an advocacy group for gay, lesbian and transgender troops. “The decision to bar them was made impulsively without any data.”

“The Supreme Court's action is not about military deference,” said Fulton, a former Army captain. “It's about politics and yielding to the whims of a commander in chief who does not care about his troops. Transgender people continue to serve with honor.”

It was not immediately clear how the Supreme Court's decision would affect currently serving troops who are transitioning from one gender to another.

In his Feb. 22, 2018 memo to President Donald Trump on transgender service members, then-Defense Secretary James Mattis recommended that troops be allowed to continue to serve if they were diagnosed with gender dysphoria before Trump imposed the ban on recruiting transgender individuals in August 2017.

However, “Transgender persons who require or have undergone gender transition are disqualified from military service,” Mattis added.

“The key is having a diagnosis,” Dremann told Task & Purpose. “If they have the diagnosis prior to the effective date they will be allowed to continue to serve and receive all medically necessary care promised under the policy, per my understanding of both the policy and discussions with our legal teams.”

Army Staff Sgt. Patricia King, who began her transition from male to female in November 2015, said she does not expect the Supreme Court's decision will affect her plans to retire in August.

Before her transition, she deployed to Afghanistan three times, taking part in the legendary 2002 battle Operation Anaconda as a squad automatic weapon gunner with the 10th Mountain Division.

“This does still affect all of us, and the reason is this gives a false sense of credibility to the inaccurate notion that transgender service members are somehow less or less capable than our peers,” King told Task & Purpose. “What it does is: It undermines that system of meritocracy, where people in the military are evaluated on what we bring to the table instead of who we are.”

All transgender service members deserve to know exactly why they are being excluded based in their gender identity, said Nicholas C, a Marine veteran who recently left active duty.

So far, no one from the U.S. government has shown any supporting evidence in favor of banning transgender people from serving in the military, the former sergeant told Task & Purpose.

“We rate an explanation,” he said on Tuesday. “We've earned it in the wars we've fought for the country we love when she called us to serve. We owe it to those who've been inspired to serve. If there's science, I want to see it. Time and again, I'm told I'm supposed to be a certain way because of who I am. I've never been good at pretending to be anyone else but me. And why isn't that good enough?”

WATCH NEXT: Coming Out: A Transgender Airmen's Story