“First and foremost,” the top sentence reads, “we will continue to treat every Service member with dignity and respect.” So... 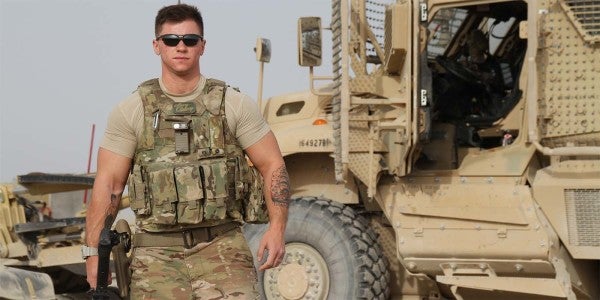 “First and foremost,” the top sentence reads, “we will continue to treat every Service member with dignity and respect.”

So begins the Department of Defense’s one-page guidance, issued Sep. 18, assuring currently serving transgender members of the military that they can stay in until at least next February, when the Pentagon forwards its final decision on their fates to the White House.

DOD just released #transgender interim guidance, which will remain in place until at least Feb 2018: pic.twitter.com/QWIBty0Lmz

But until the report’s completion, “no action may be taken to involuntarily separate or discharge an otherwise qualified Service member solely on the basis of a gender dysphoria diagnosis or transgender status,” the guidance reads. “Transgender Service members are subject to the same standards as any other Service member of the same gender.”

In addition to giving current transgender service members the option to re-enlist, the guidance also permits “sex-reassignment surgical procedures for military personnel” through March 22, 2018, and possibly longer for troops who are currently transitioning and must continue in the process “to protect health.”

But in a nod to President Donald Trump’s executive decision to ban future transgender service, the Pentagon reminded commanders that its guidance only applied to transgender people who were already in uniform.