The Pentagon thinks it doesn’t need to talk to the press. Here’s why they’re wrong. 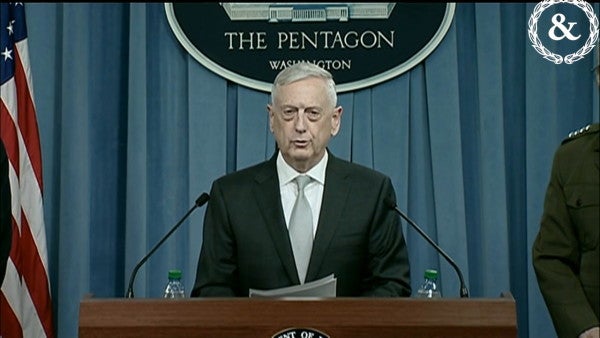 Your friendly correspondent wishes he could boast that no news escapes his cold, dead gaze, but the truth is the Pentagon is turning more opaque than the fetid Potomac River whence our nation's Godforsaken capital sprang.

To wit: It has been more than 300 days since the last time a defense official held its last televised news conference from the Pentagon.

Now, you probably think that this Pentagon reporter is a whiny, self-fellating diva who loves to complain. That may be true, but the crux of the issue is Task & Purpose represents all of the troops, military families, and veterans who can't be in the Pentagon every day to plead their cases.

But it is becoming increasingly difficult to get basic information from anyone in the Pentagon because of the example being set from the very top. Both the Army and Navy have also stopped announcing general and flag officer nominations, so the world first learned that Army Vice Chief of Staff Gen. James McConville had been tapped to become the next Army chief of staff when it was announced at an Association of the United States Army conference.

Chief of Naval Operations Adm. John Richardson said in March that the Navy is withholding the names of flag officers nominated for promotions and new commands to protect them from cyberattacks. The Army now waits until after Senate confirmation to release general officer announcements “to protect the integrity of the nomination process,” said Army spokesman Lt. Col. Emanuel Ortiz.

Whatever concerns the Navy and Army might have, they have not stopped the Air Force and Marine Corps from continuing to announce general officer nominations through Defense Department news releases.

The new norm is a sharp break from how the Defense Department has operated in the past, said retired Marine Col. David Lapan, who has served as a spokesman for both the Pentagon and chairman of the Joint Chiefs of Staff.

Through both Republican and Democratic administrations and during war and peacetime, the Defense Department has found a way to communicate with the American public while protecting classified information, Lapan told Task & Purpose.

The Defense Department's policy of safeguarding classified information has not changed, so there is no way to argue that holding fewer press briefings is necessary for the Pentagon to protect secrets, he said.

“Since it has been long-standing practice to hold regular press briefings, frequently on camera, changing that approach now – without any valid explanation for why – undermines the trust and confidence of the public in the information they receive about how their sons and daughters and taxpayer funds are being used in the national defense,” Lapan said.

While the U.S. military and media are always at odds, they find ways to work together – even if only temporarily, said Joe Galloway, co-author of “We Were Soldiers Once … And Young.”

“The wiser commanders have no fear of the media, and in fact welcome them,” Galloway told Task & Purpose. “Familiarity does not breed contempt: It breeds understanding on both sides, and the American people are the real winners.”

“In 43 years of covering America's wars and the troops who fight those wars I came to love those troops and to respect those who led them in battle. They include the best friends of a lifetime.”

This is normally the point in the story when your humble narrator ends with some closing thoughts, but this time, that honor goes to retired Army Lt. Gen. Russel Honoré, who is best known as the guy who stepped up to the plate when the Federal Emergency Management Agency bungled the federal response to Hurricane Katrina.

As a major at Fort Leavenworth, Kansas, Honoré read a paper by Adm. Elmo Zumwalt about how to use the media to tell the American public the most important things they need to know.

Honoré put those lessons into practice when he commanded Joint Task Force Katrina in 2005. He made sure to appear on television by 6 a.m. to correct any misinformation and provide an update on what progress the military was making.

“If you don't talk to the media first thing in the morning, then you're going to spend the rest of the day dealing with somebody who did talk to them but didn't know what the hell they were talking about,” Honoré said.

“Zumwalt taught us that you use the press to speak to the American people,” he continued. “We've got to take into account that people loan us their sons and their daughters … and they want to know what they hell we're doing with them.”

WATCH NEXT: Mattis Dunford Q and A Syria Strikes