If  you're a trade reporter, budget day is like Independence Day, Christmas, and the Super Bowl wrapped up in a crushing orgasm. 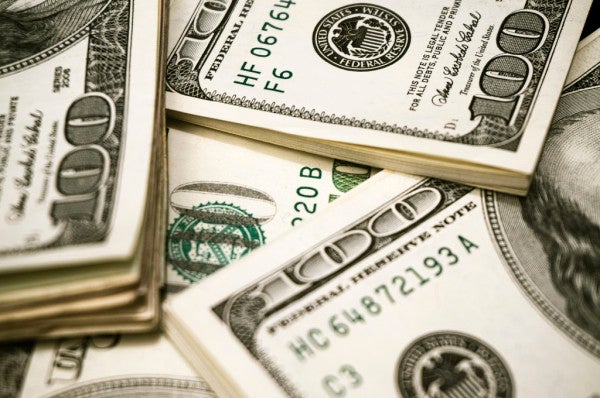 Beloved readers: Monday is the most wonderful all days – budget day!

The Defense Department will unveil its part of the president's budget request. If you're a trade reporter, budget day is like Independence Day, Christmas, and the Super Bowl wrapped up in a crushing orgasm.

Your friend and humble narrator has covered quite a few of these budget rollouts over the years. Each time, this reporter asks himself the same question: “How the hell did I get through this last year?”

The answer is simple, really: Budget day is a smorgasbord of figures that have little bearing on reality because lawmakers will end up rewriting the budget to reward their constituents. Defense officials also spend hours speaking in tongues by using arcane acronyms like “POM.” (A Program Objective Memorandum outlines defense spending for the next five years. Since that spans two election cycles, POMs are altered so many times that they become totally unrecognizable from their original form.)

One thing your friendly Pentagon correspondent has learned is there are two things you can write about on budget day: Toys and people.

Right now, the U.S. military is like a 5-year-old at a birthday party. Every time it sees that another kid has received a present, it decides that it must have the exact same thing. (Oh, China got hypersonic weapons this year? I want one!)

Each defense budget is loaded with toys so that defense industry executives can pay the mortgage for their winter homes in the French Riviera. For reporters who cover the Navy, the big question is how many ships the service plans to build.

Navy leadership has stressed that it is committed to having a total of 355 ships by 2030 even though they have no plan to get there. (For their next miracle, they will walk on water and hand out enough fish and loaves for everyone to enjoy.)

Air Force watchers want to know how many F-35 fighters, KC-46 tankers, and B-21 bombers the service plans to pay for – and then act surprised when the aircraft don't work. The KC-46, for example, is years behind schedule and the need for a new tanker is urgent because the Air Force's KC-135s first entered service in the 1950s. (Rather than listing everything that is wrong with the KC-46, I'll sum up by saying this: It's built by Boeing.)

While the Air Force is tucking $100 bills into the aerospace industry's bra strap, the Army will get to talk about all of its new and wonderful modernization programs that don't have a prayer of becoming a reality. Do you remember the multiple times the Army has tried to replace the Bradley Fighting Vehicle? Yeah, they couldn't even do that.

God bless the Army, but they are always looking for the gold-plated solution so they can never make a decision. Instead, they will down-select from 150 vendors to 75, and then order five years of intensive testing to find out things such as whether the new squad automatic rifle can fire in space. By the time the Army is comfortable choosing between two options, all the people who were originally in charge of the project have retired or died of old age and Congress will end up cancelling the project.

If you cover the Marine Corps, budget day is about looking for scraps. The Corps' acquisition budget is tiny compared to the other services because they don't buy aircraft carriers or bombers. They are constantly looking for a new amphibious vehicle or other weapon systems that are the equivalent of Dollar Store specials. That's one reason why Marines know there is no better acquisition system than stealing gear from the Army.

The other major category of budget stories looks at whether the military services are adding people – like the Army and Marine Corps did during the Iraq War – or drawing down, as all the military branches did during President Barack Obama's second term. (The Air Force was so enthusiastic about cutting airmen that one can imagine the service's leadership singing “It's Raining Men” at the time.)

When President Donald Trump was elected, there was some speculation that the Marine Corps could become much larger because Trump had endorsed a recommendation from the conservative Heritage Foundation think tank that the Corps have a total of 36 battalions. But in 2017, then-Defense Secretary James Mattis told the Corps to fix its readiness problems without adding more Marines. (Once again, the Marine Corps was SOL. Note the pattern.)

Whatever great and wondrous things are included in the Pentagon's latest proposed budget, expect your friend and humble narrator to be listening with rapt attention as military officials go through endless Power Point presentations that have all of the excitement of J-Lo and Shakira's halftime show – without the vibrating derrieres.