Common sense and empathy can be deadly to maintaining readiness, the US military thinks. 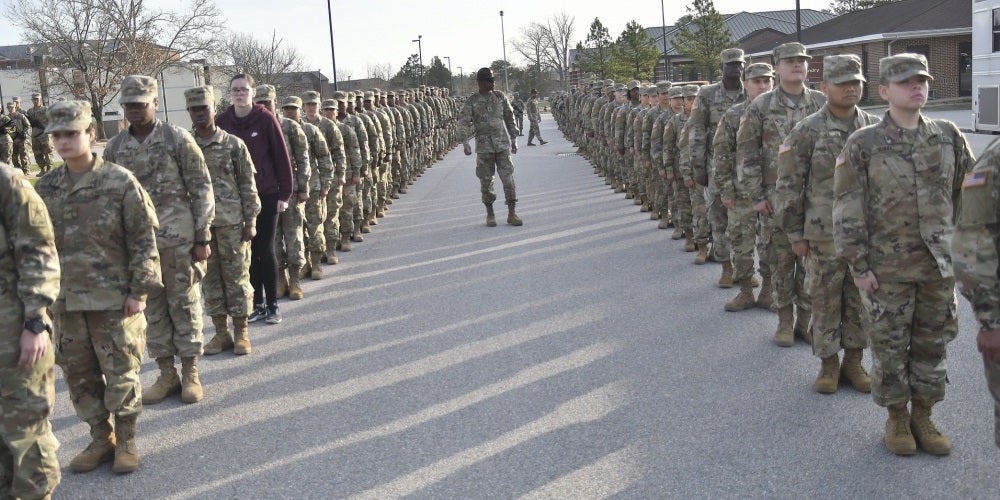 One word explains all the B.S. that commanders have pulled during the novel coronavirus (COVID-19) outbreak: Readiness.

To most people in the universe, “readiness” is a non-word. But for the military, “readiness” encapsulates an obsession with finding new ways to make service member’s lives suck at all times – because somehow, this will make them prepared to fight China and Russia.

In the minds of many officers and senior enlisted leaders, there is no way they can cancel training exercises to stop troops from getting sick or forgo work parties to make sure empty military installations have their garbage cans emptied and their lawns cut. And God help Pvt. Schmuckatelli, who believes the fact that all barber shops are closed means his command is not going to worry if his hair is a little longer than usual.

This isn’t just your jaded friend and humble narrator speaking. Here is what top leaders said during a recent live-streamed town hall when asked why the military was still conducting formations during the coronavirus outbreak.

“We cannot forget that there's a mission requirement for a lot of these units, and we expect those sergeants, the gunnies, the first sergeants, the commanders, the captains, to be able to make those decisions on the field to be able to maintain our combat effectiveness,” said Air Force Chief Master Sgt. Ramón Colón-López, senior enlisted advisor to the chairman of the Joint Chiefs of Staff.

Apparently, maintaining effective combat formations during a global pandemic involves a whole lot of fuckery, as this reporter’s boss Paul Szoldra has discovered.

The sergeant major for one unit at Camp Pendleton, California, told Marines and sailors that they still had to report to work even though their children’s schools had been closed.

“We had to ‘figure it the fuck out,’” a source told Task & Purpose, who added the sergeant major also told the Marines and sailors that it was their fault if having children at home was a problem for them.

Common sense and empathy can be deadly to maintaining readiness, it seems.

While top defense leaders have stressed the need for troops to telework and stay at home, several reporters have found numerous examples of commanders who have done precisely the opposite. Oriana Pawlyk and Gina Harkins found several Defense Department pictures showing troops training and engaged in other activities in which they are much closer than the minimum distance of 6 feet apart recommended by the Centers for Disease Control and Prevention.

A service member based at Fort Campbell, Kentucky, told Defense One’s Katie-Bo Williams that until March 19, you would regularly see groups of up to 40 soldiers training and working out together.

“Up until late last night we were still preparing to conduct training exercises in the name of readiness when individuals in nearly every formation on post were being sent to the quarantine barracks,” the service member said on March 25.

And Marine Corps Times reporter Shawn Snow first revealed that the Marine Corps initially decided to continue a “mission-essential” exercise involving about 4,000 Marines in Yuma, Arizona, even though one Marine at the installation had tested positive for COVID-19 on March 20. The exercise was eventually cancelled on March 24.

While there is much about the military to admire, the coronavirus outbreak lays bare the military’s sadistic streak.

This reporter’s late grandfather recalled that while working at West Point about 70 years ago, he saw a cadet standing in the sun with his shirt off. The cadet, who was developing blisters as he stood there, had broken his leg and couldn’t PT.

My grandfather asked someone why he was being required to stand at attention with his shirt off.

“We have to see if he can take it,” was the reply.

The guy who said that probably became a general.