No new Marine recruits will arrive at Parris Island, South Carolina, during the week of March 30. 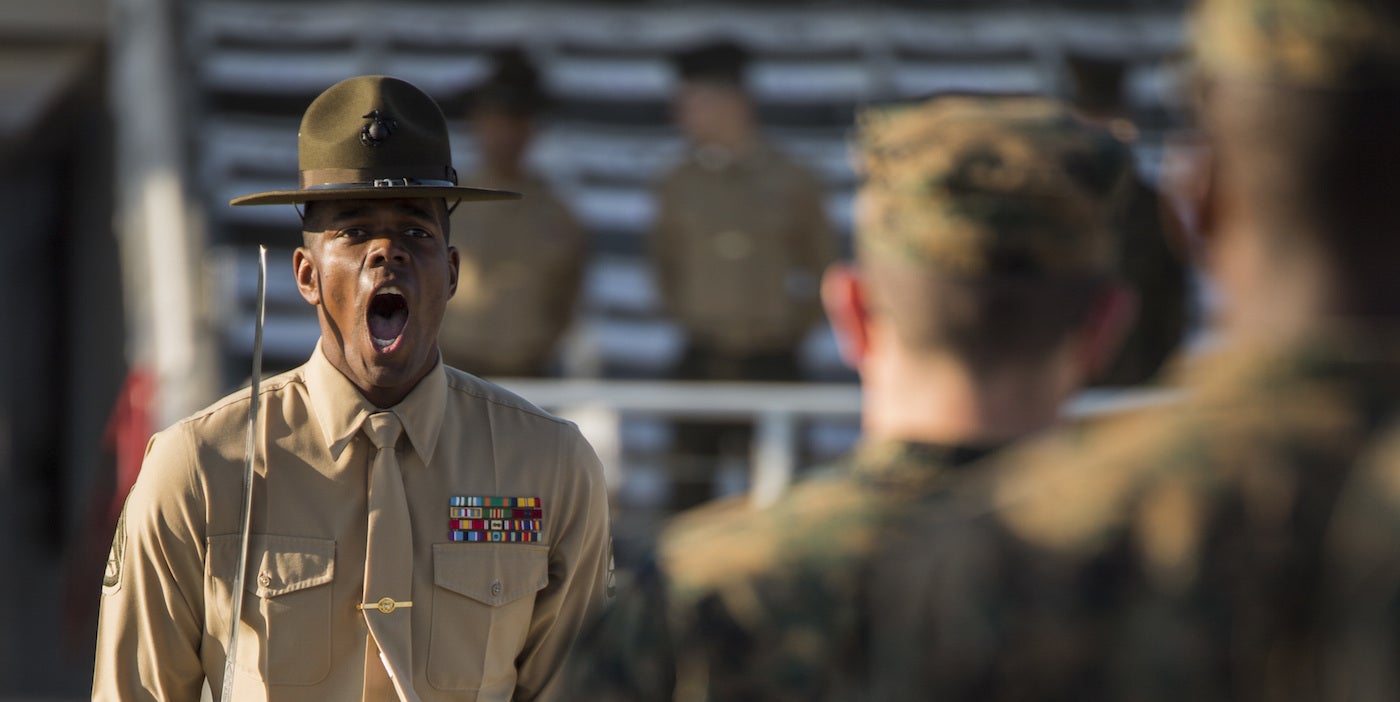 No Marine recruits will ship to Parris Island this week as a result of the novel coronavirus (COVID-19) outbreak, the recruit depot’s commander announced on Monday.

“This aggressive posture is necessary to protect us all,” Brig. Gen. James F. Glynn wrote in a letter to the recruit depot on Monday. “It is clearing those with concerning symptoms that turn out not to be the virus, while also yielding additional results of recruits and training staff who have contracted the virus.”

More than 20 Marine recruits at Parris Island have tested positive for coronavirus, Task & Purpose has learned.

Officials at Parris Island will use this week to expand screening facilities for arriving recruits as well as care for those recruits already in quarantine and isolation, Glynn wrote.

Recruits who arrive at Parris Island in the future will spend 14 days in a staging area, where they will be monitored before they begin boot camp, he wrote.

“The preservation of our Marines, recruits and their families is the highest priority for Marine Corps Recruiting during this national emergency,” Marine Corps Commandant Gen. David Berger said in a statement. “With that in mind, we’ve paused this week’s shipping of new recruits to Parris Island and will revise our overall shipping plan to ensure we are able to meet the nation’s needs while protecting its next generation of Marines.”

Military.com reporter Gina Harkins first revealed last week that Marine recruiters in New York were concerned that this exact type of scenario would happen if the Marine Corps continued to send poolees to Parris Island, where recruits live in close quarters.

“We are putting lives in danger en route to [boot camp], and we are taking even a bigger risk by mixing the new recruits with the recruits and permanent personnel on the depot,” one Marine told Military.com on condition of anonymity to avoid reprisal.

Recruits are arriving at the Corps' West Coast recruiting depot at  San Diego this week, although not as many as usual, said Capt. Martin Harris, a spokesman for Marine Corps Recruit Depot San Diego.

“It is a decreased
number to ensure that there is enough space to provide social distancing and  adequate staff to safely screen and evaluate incoming recruits,” Harris told Task & Purpose.

Marines are still scheduled to ship from both Parris Island and San Diego to the School of Infantry and Military Occupational Specialty schools, but recent graduates of boot camp will not take leave at home to minimize the chances that they might be exposed to the coronavirus, said Maj. Joshua Benson, a spokesman for Marine Corps Combat Development Command.

Dan Lamothe of the Washington Post first reported on March 16 that the Defense Department had rejected proposals to temporary suspend initial entry training for Army and Navy recruits. Army officials had looked at whether to temporarily halt new recruits from going to basic training for 30 days.

Pentagon spokesman Jonathan Hoffman said earlier this month that commanders have the authority to determine which training is mission essential.

“We are taking a look at the training programs given the size of those programs and the impact that a major delay on training could have, so we're looking at that and may have some updates on that in the near future,” Hoffman said during a March 16 Pentagon news briefing.

This story was updated on March 30 to include the number of recruits at Parris Island who have tested positive for COVID-19 and other information.