This might be the deadliest Marine Corps recruit on Parris Island

“I grew up with a rifle in my hand" 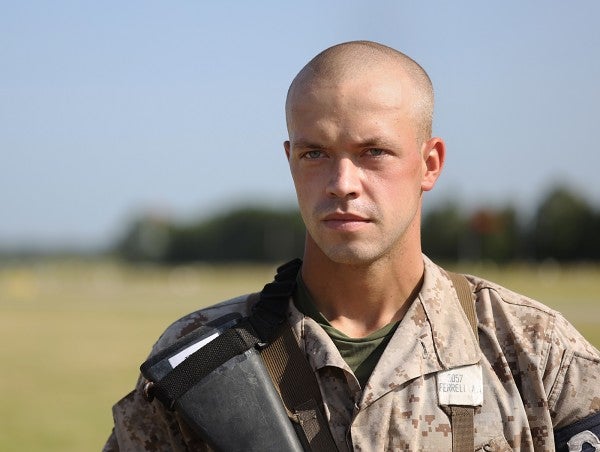 Marine Corps boot camp is a time of firsts: the first time a grown man or woman screamed so loud and so close to your face; the first time you heard the names Opha Mae Johnson, John Basilone or the phrase “treat, never, keep, keep“; the first time you realized beds were called racks and that there’s a right and a wrong way to make one.

It also marks the first time for many that they held, let alone fired, a rifle.

But for Austin Ferrell, it was just another day on the range when he went and shot an almost perfect score during rifle qualification at Recruit Depot Parris Island, South Carolina, on July 30. According to a Marine Corps news story by Cpl. Shane Manson, Ferrell pulled off an impressive score of 248 out of 250 during Table 1 of Marine Corps Rifle Qualification. Ferrell went on to shoot a perfect 100 during Table 2 for a combined score of 348.

In fact, it’s the highest any recruit has ever shot at Parris Island.

The first part of Marine Corps Rifle Qualification, called Table 1, involves shooting in the prone, kneeling, and standing positions from up to 500 yards with an M16A4 with the Rifle Combat Optic.

The second portion, Table 2, focuses on combat marksmanship and involves firing while wearing flak and kevlar and is generally considered the easier of the two. The Corps’ current marksmanship program — which tallies up the scores for Tables 1 and 2 — was implemented in the 2006 fiscal year, Marine Corps spokesman Chief Warrant Officer Bobby Yarbrough told Task & Purpose.

While other recruits have net impressive scores during rifle qual — like Pvt. John M. Reitman who in 1988 shot a 248 and broke the Corps’ record at the time — Ferrell stands alone as the only recruit in Parris Island’s history to dominate both rifle qualification tables.

“Rct. Ferrell also shot a 100 on Table 2 with a combined score of 348 out of 350 points,” Yarbrough told Task & Purpose. “This is the most points ever recorded for a recruit at MCRD Parris Island for rifle qualification.”

“I grew up with a rifle in my hand; from the time I was six I was shooting and building firearms with my dad, he was the one that introduced me to shooting, and when I got to Parris Island, what he taught me was the reason I shot like I did,” Ferrell said in the July 31 Marine Corps news story.

Now, I know there are hordes of keyboard warriors just waiting to scream out: “Well, let’s see him do it with iron sights!” But I’d be willing to put money down that Ferrell is probably still a good shot without an RCO considering how he spent his adolescence.

“I would go out to a family friend’s range five days a week and practice shooting from distances of up to a mile, it’s a great pastime and teaches you lessons that stay with you past the range,” Ferrell said.

For his part, Ferrell attributes his accuracy to plenty of practice, and the more relaxed environment recruits are treated to on the range — drill instructors tend not to go flying off the handle and knife hand recruits as much while they’re learning the fundamentals of marksmanship and how to control their breathing.

“Practice before I got here was definitely a big part of it, but getting into a relaxed state of mind is what helped me shoot,” Ferrell said.

Despite his remarkable score, not everyone was thrilled by Ferrell’s performance. After all, he did technically miss two points.

“After I shot a 248 everyone was congratulating me, but when I got back to the squad bay my drill instructors gave me a hard time for dropping those two points,” said Ferrell, who is scheduled to graduate from Recruit Depot Parris Island on Sept. 4, 2020 with Kilo Company, 3rd Recruit Training Battalion.

“I’m so proud of him, no matter what I’m proud of him but this is above what I expected,” his father, George Ferrell, said in the Marine Corps news story. “I always told him to strive to be number one, and the fact that he was able to accomplish that is just a testament to his hard work.”

UPDATE: This article has been updated to note that Austin Ferrell shot a perfect 100 during Table 2 of Marine Corps rifle qualification, for a combined total of 348, which is a record for Recruit Depot Parris Island.