The Marines are nowhere near ready for gender-integrated boot camp, commandant says

'Nothing [about] the way we’re organized right now lends itself to integrated recruit training.' 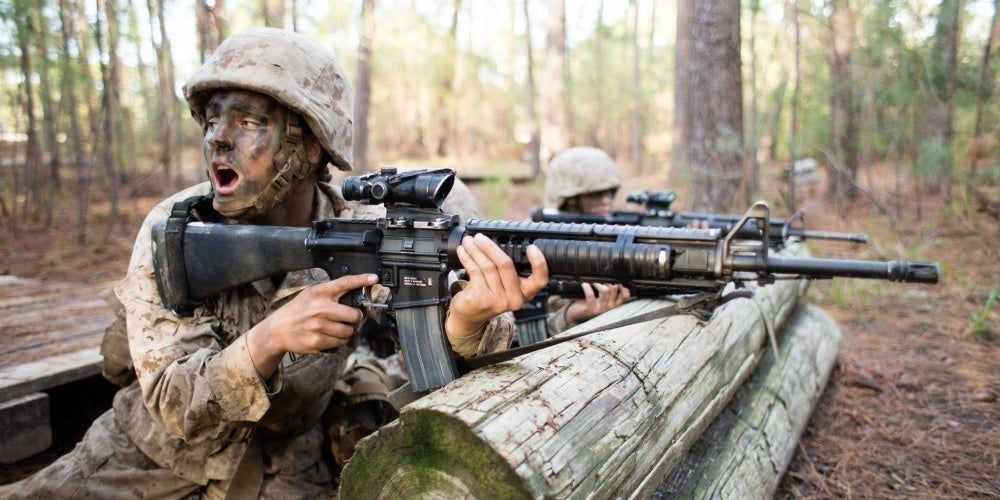 Despite making efforts to integrate male and female recruits at boot camp, the Marine Corps is still a long way off from being able to have men and women training in the same platoons, Marine Commandant Gen. David Berger said Thursday.

The fiscal year 2020 National Defense Authorization Act requires the Marine Corps to end all gender-segregated training at its Parris Island recruit depot within five years and at San Diego within eight years. Since 2019, the Corps has integrated several companies at boot camp but male and female recruits continue to train in separate platoons.

One major reason why the Marine Corps has not yet integrated platoons at recruit training is the Corps does not have the living spaces and other infrastructure needed to do so, Berger said during an interview with Defense One reporter Katie-Bo Williams.

“Nothing [about] the way we’re organized right now lends itself to integrated recruit training,” Berger said. “We can’t even fix it in the immediate term because we’re not built – facility-wise, we have changes we’ve got to make.”

Berger praised the Corps’ efforts to integrate companies at Parris Island, explaining it doesn’t make sense to have poolees wait to begin boot camp until there are enough of them to form a separate training battalion.

But because all women who join the Marine Corps go to boot camp at Parris Island, the recruit depot at San Diego is currently set up for exactly “zero females,” said Berger, who noted that all of the Corps’ female drill instructors are on the East Coast.

“Half the Marine Corps never sees a female recruit at all,” Berger said. “We’ve got a lot of room to work.”

Even at Parris Island, men and women live in separate barracks, he said.

“The facilities part is key, is a first step,” Berger said. “That costs money and we have to put that in motion now.”

Ultimately the Marine Corps needs to get to a place where male and female recruits train together – whether at the two existing recruit depots or at a third location, Berger said.

However, do not expect results overnight, he cautioned.

“What is the end-state – the five years down the road – look like? We will not have all the buildings built and all the pieces in place fast enough to satisfy anybody,” Berger said.