The Commandant of the Marine Corps has directed the Corps to immediately go to work on bringing more women into the infantry and other jobs that were previously restricted to men only, according to a Feb. 20 memo obtained by Task & Purpose. 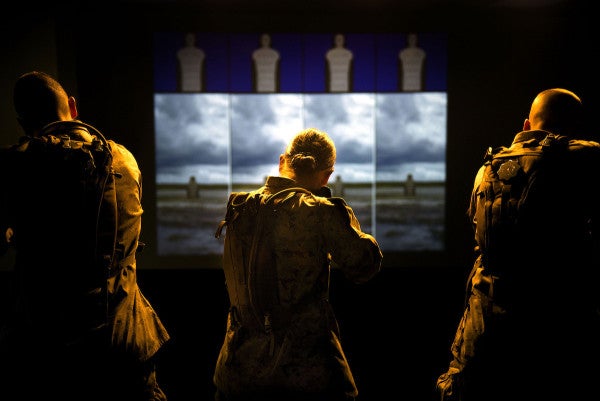 The Commandant of the Marine Corps has directed the Corps to immediately go to work on bringing more women into the infantry and other jobs that were previously restricted to men only, according to a Feb. 20 memo obtained by Task & Purpose.

“While I am aware of the good work already being done across the force in support of the [Commandant's Planning Guidance] implementation, this memorandum is provided to focus that effort on those matters most important to me for immediate implementation,” wrote Gen. David Berger.

Among the most important items on Berger's agenda are policies that would bring more women into combat jobs such as infantry and artillery, such as recruiting female Marine veterans to rejoin the service and asking for currently-serving female officers to volunteer for infantry training and follow-on service in infantry battalions.

Berger asked that all items be confirmed by Feb. 29 as being complete, planned, or currently being executed.

The Corps has lagged behind other services on female integration efforts. Although the combat exclusion ban was lifted in 2016, about 220 female Marines are currently serving in a previously-restricted military occupational specialty. More than 1,300 female soldiers are now serving in those previously-closed fields.

Additionally, only about 50 female Marines have earned the infantry specialty since 2016. And the Corps' first and only female infantry officer, Capt. Marina Hierl, recently left the service once her contract was up, according to Marine Times.

In his memo, Berger directed the release of an All-Marine administrative message seeking qualified female company-grade officers who want to volunteer to attend Infantry Officer Course and be assigned to infantry battalions. He also asked for recommendations for follow-on efforts, to include female Marines leaving their current jobs to move into combat roles.

Outside of the active-duty ranks, Berger tasked the Corps' Manpower & Reserve Affairs branch with providing recommendations on whether the Corps should recruit female Marines in the reserves and inactive ready reserve to come back on active duty into previously-restricted units and occupational specialties.

“Provide recommendations on any supporting incentives for this effort,” Berger wrote.

The commandant also wants more accountability for Marines who get relieved or reassigned. “So-called 'soft reliefs' must be stopped,” Berger wrote, mandating that such Marines should receive a directed comment fitness report in their record. Berger also directed the removal of Confederate symbols from all Marine bases and called for consolidating a number of units and staff.