After years in the making, the Marine Corps has finally started fielding the next-generation Plate Carrier Generation III body armor to lighten the load for grunts in the field 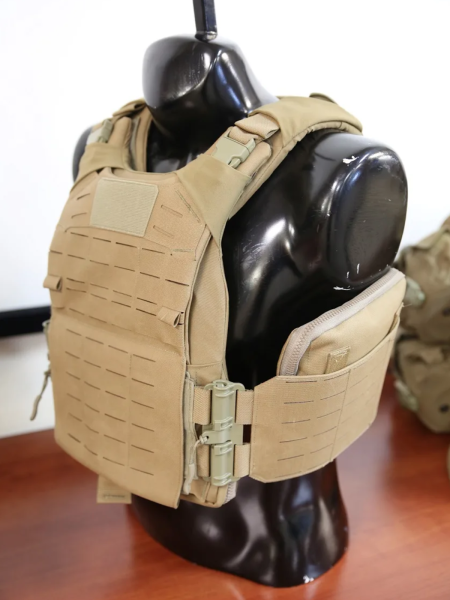 After years in the making, the Marine Corps has finally started fielding next-generation body armor to lighten the load for grunts in the field.

The new lightweight protective vest, known as the Plate Carrier Generation III, is designed to provide additional protection from shrapnel and other fragmentation for Marines, according to a statement from Marine Corps Systems Command.

More importantly, the new system is 25 percent lighter than the Corps' existing plate carrier, providing a smaller footprint in terms of the load a grunt has to haul and in turn reducing fatigue and improving operational capability while maintaining a similar level of protection.

The Corps has been looking for lighter body armor for years, but the hunt took on new urgency after a 2017 Government Accountability Office report underscored the standard Marine grunt's average load weight of 117 to 119 pounds “could impede mobility and hinder combat effectiveness.”

The new plate carrier is intended for use in conjunction with new lightweight body armor plates that, as Marine Corps Times previously reported, will reduce the hard body armor weight burden for grunts by nearly 40 percent.

According to MARCORSYSCOM, Marines are at least eight percent faster when operating with the new protective gear combined with the new lightweight plates instead of the standard Enhanced Small Arms Protective Insert ballistic plates.

“When you lighten the load, Marines can get to their destinations faster and they’re going to have more endurance, which increases their lethality,” MARCORSYSCOM program manager for infantry combat equipment Lt. Col. Andrew Konicki said in a statement.

The new protective isn't just about weight, but fit. As Task & Purpose previously reported, the prototype version of the plate carrier reduced the length of the standard protective vest by 1.25 inches while adding new padded shoulder straps for an improved fit for Marines.

As a result, MARCORSYSCOM notes that the new plate carrier is a significantly better fit for both male and female Marines of all sizes and statures, changes that, according to the command, have allowed an additional 15,000 Marines to rock the new system.

“The legacy carrier fit the span of the Marine Corps, but this new system is more tailorable to fit Marines of various sizes with three new smaller-stature options,” MARCORSYSCOM body armor engineer Flora 'Mackie' Jordan said back in September 2018. “We wanted to give as much mobility back to Marines as possible by reducing the weight and bulk of the vest without decreasing ballistic protection.”

MARCORSYSCOM in September 2018 awarded a $62 million contract to Vertical Protective Apparel, LLC, of New Jersey to produce roughly 225,886 of the new plate carriers over the next five years.

While MARCORSYSCOM didn't specify which units will first receive the new body armor, the command stated that the system will be fielded to “infantry and infantry-like” Marines in the coming months, with the system reaching full operational capability by fiscal year 2023.