The Marine Corps is looking for industry sources to produce a man-portable system capable of launching swarms of kamikaze drones... 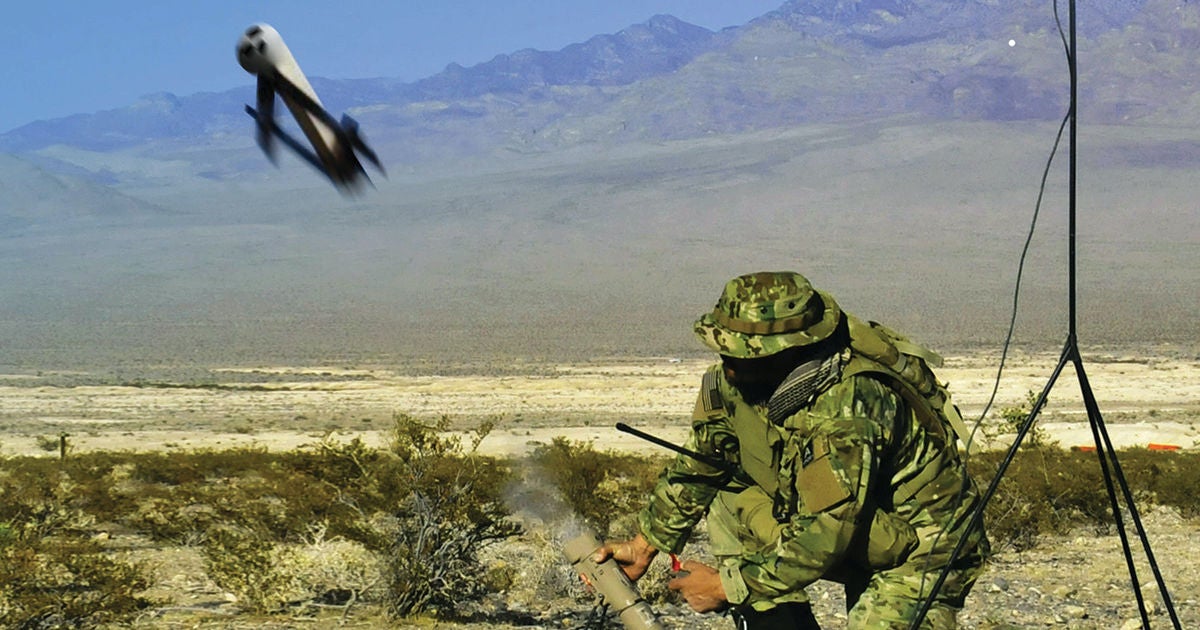 The Marine Corps is looking for industry sources to produce a man-portable system capable of launching swarms of kamikaze drones over contested battlefields, according to a new notice.

In a request for information published earlier this month, Marine Corps System Command detailed a fresh need for an “individually operated, man-portable, anti-materiel, anti-personnel ground-launched loitering munition system” for fielding to grunts in the coming years.

The so-called Organic Precision Fire-Infantry (OPF-I) capability will consist of a fresh infantry-operated system capable of launching drones that can conduct explosive strikes and are “capable of swarming” over a 20-kilometer range for up to an hour and a half, according to the notice.

The Corps has been on the hunt for an OPF system since at least April 2018, when the service published a request for proposals for systems capable of providing fire support at distances of up to 60 kilometers.

That system would launch loitering munitions “from a canister or tube no larger than 10 inches across and eight feet long,” as Military.com reported at the time. “The projectile would be able to loiter for up to two hours, according to the solicitation, while gathering data and acquiring a target.”

The Corps also put out a request for information for a vehicle-mounted version of the system, the Organic Precision Fires-Mounted (OPF-M), in February 2019 to “enhance indirect fire capability within the Light Armored Reconnaissance Battalion.”

That system will consist of several subsystems, including “an aerial reconnaissance, surveillance and target acquisition platform, a vehicle-launched loitering aerial munition, and a digital command and control system,” according to MARCORSYSCOM.

The U.S. military has been utilizing kamikaze drones downrange for years ever since U.S. Special Operations Command took receipt of hundreds of ‘Switchblade’ loitering munitions from defense contractor Aerovironment in 2017.

A bazooka-launched described as a “miniature flying lethal missile [that] can be operated manually or autonomously” for up to 15 minutes at a time, both the Army and Marine Corps were using the Switchblade as of May 2018, according to Flight Global.

It’s unclear when the Corps wants to start fielding its OPF capability to infantry Marines, although the service stated in 2019 that it planned on developing its mounted variant of the system this year.

“Organic Precision Fires has the ability to transform how we fight,” the MARCORSYSCOM said last year. “We are committed to giving our Marines the systems they require to maintain their superiority over any adversary.”

Related: The Army is testing ammo-hauling drones to resupply soldiers during a firefight