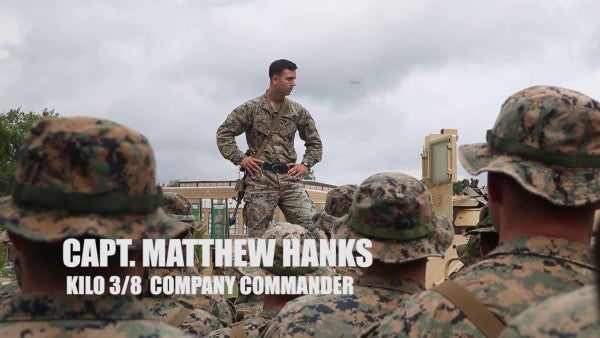 The Marine Corps is loading up one of its experimental unmanned ground vehicle with a buttload of firepower.

The Marine Corps Warfighting Lab is working on a prototype of its tracked Expeditionary Modular Autonomous Vehicle (EMAV) with a remote-controlled .50 caliber machine gun turret and a specialized launcher for kamikaze drones to accompany Marines in urban environments, Military.com reports.

Marine officials showed off the latest upgrades to the EMAV, which can haul up to 7,000 pounds at a range of about 50 miles thank to its GPA waypoint navigation system, at the Modern Day Marine 2019 showcase at Quantico, Virginia this week.

“The key idea is we are exploring how can we enhance the Marine's ability to execute his mission and give him some standoff … and bring tools to the battle that he normally wouldn't be able to bring,” he said. “This is bringing it down to the small-unit level, down to the squad level.”

While the EMAV program was first established in 2017 to haul ammo and supplies for infantry Marines, the 50. cal has been a fixture of the vehicle since the Corps received its first prototype in 2018.

But according to MCWL officials, the Corps also plans on furnishing the EMAV with the Lethal Miniature Aerial Missile System (LMAMS), a specialized launcher designed to fire loitering “kamikaze drone” munitions, Military.com reports.

The addition of the LMAMS to the EMAV planned for fiscal year 2020 “would bring precision fires to a lower level,” MCWL ground combat element robotics engineer Dave Stone told Military.com.

In August, Marines from Kilo Company, 3rd Battalion, 8th Marines, put the EMAV through its paces alongside other next-generation gear at Muscatatuck Urban Training Center in Indiana as part of Project Metropolis, a four-year effort to change how Marines train for urban battles.