It's hard to imagine anything more horrifying than tripping balls on LSD while getting screamed at and aggressively knife-handed by an enraged SNCO for not having a proper hair cut, or for failing to render the proper greeting of the day 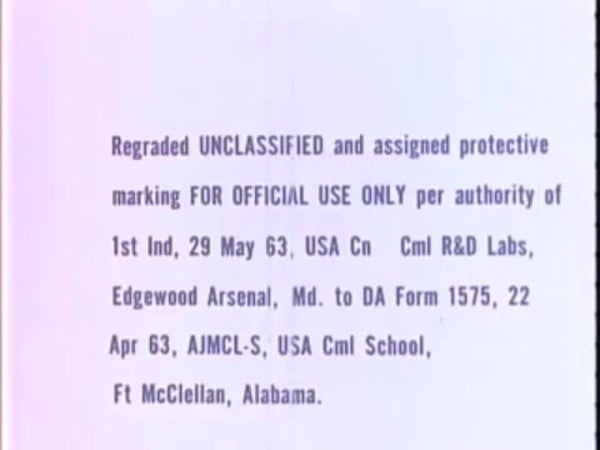 Thirteen Marines stationed at Camp Pendleton, California who were arrested in July for their alleged involvement in human smuggling at the U.S. Mexico border were recently charged with a litany of offenses, including “transporting and/or conspiring to transport undocumented immigrants,” stealing smoke grenades, perjury, and failure to obey an order.

But one charge, leveled at a Marine lance corporal, stands out: the distribution of LSD on base.

Despite the nature of their alleged offenses, a charge of dealing acid seems a bit surprising. After all, it's difficult to imagine anything more horrifying than tripping balls on LSD while getting screamed at and aggressively knife-handed by an enraged SNCO for not having a proper hair cut, or for failing to render the proper greeting of the day.

According to the charge sheet, the Electric Kool-Aid Acid Marine allegedly distributed LSD and coke on or around Camp Pendleton between March and late July.

The full charges for Lance Cpl. Scarface are listed below. for full effect, read in your sergeant major's voice so you know what it was like when he was called out in front of the entire battalion: “To all who shall see these presents, greeting…”

The news is the latest in a story that broke in early July, when Lance Cpl. Byron Law and Lance Cpl. David Javier Salazar-Quintero, who are both infantrymen with 1st Battalion, 5th Marines, were pulled over by U.S. Customs and Border Patrol personnel with the three undocumented immigrants in their back seats and arrested.

After NCIS examined their phones, the battalion held a mass formation and promptly arrested 16 Marines suspected of being part of a larger human trafficking ring.

While dropping acid in uniform might seem like a terrible, horrible, no-good, very bad idea and a guaranteed way to have an awful fucking trip… there seems to be a market for it. In an unrelated incident, a Marine stationed at Camp Lejeune, North Carolina was arrested over the weekend for allegedly distributing drugs to service members and civilians in North Carolina.

Then there were the two sailors who tried to go all Breaking Badat Naval Base Ventura County in California before that plan turned out to be a horrible idea. Not to mention that last November at least 14 sailors aboard the USS Ronald Reagan were disciplined for “LSD-related charges,” as Task & Purpose previously reported.

And that came just six months after 14 airmen at F.E. Warren Air Force Base in Wyoming were disciplined for dropping acid between shifts – for those of you who don't know, that's the base responsible for protecting the Pentagon's nuclear missile silos.

Perhaps I shouldn't have been surprised that one of the charges in this case involved acid.