Two Marine infantrymen were pulled over and arrested by U.S. Border Patrol on July 3. 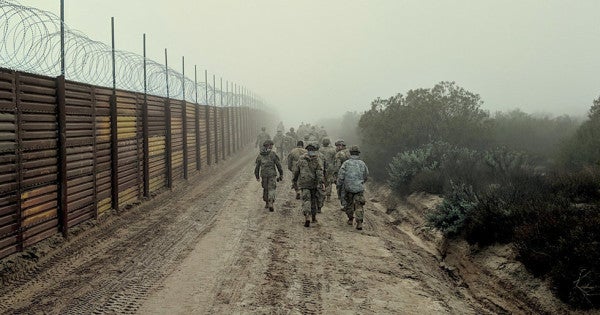 Don't look now but there's another thing your first sergeant may be telling you not to do in the next safety brief.

Two Marine infantrymen were pulled over and arrested by U.S. Border Patrol on July 3 — along with three undocumented immigrants in the backseat — as they were allegedly trying to make a quick buck shuttling people from Mexico into the United States, according to a federal court complaint first reported by Quartz.

According to the complaint, Law told Border Patrol that he was an active-duty Marine and dimed out Salazar-Quintero as the organizer of the smuggling operation. “Law stated that last night, Salazar called and asked him if he was willing to make $1000.00 USD picking up an illegal alien,” the complaint said.

“We are aware of the charges facing Lance Cpl. Law and Lance Cpl. Salazar-Quintero, and we continue to cooperate fully with the investigative efforts into this matter,” Marine spokesman 1st Lt. Cameron Edinburgh told Task & Purpose.

Next Friday's safety brief: Remember gents, don't drink and drive. And don't drive into or near Mexico and pick up people for the purposes of smuggling.