Exclusive: Ex-Marine pleads guilty to smuggling more than 150 pounds of meth and cocaine from Mexico

A former Marine corporal has pleaded guilty to allegedly smuggling more than 150 pounds of methamphetamine and cocaine from Mexico into the United States and will be sentenced in November. 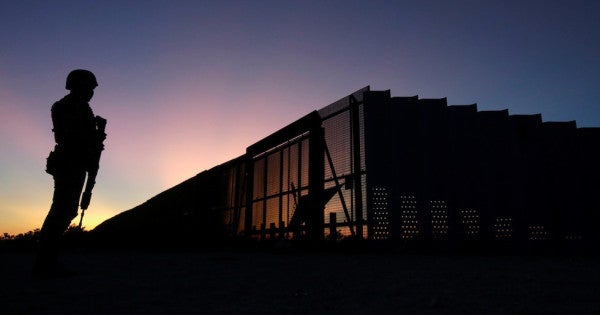 A former Marine corporal has pleaded guilty to smuggling more than 150 pounds of methamphetamine and cocaine from Mexico into the United States and will be sentenced in November.

Austin Travis Dempsey, 22, was arrested by Customs and Border Protection agents in Calexico, California soon after midnight on Oct. 28, 2018 as he tried to enter the U.S. in a Ford F-150 pickup truck. When asked why he had been in Mexico, Dempsey said he was visiting a friend he had served with in the Marine Corps, according to a federal complaint filed in California's Southern District.

The agent then tapped on the truck's gas tank and heard a solid noise “he found abnormal,” the complaint said. CBP then scanned the vehicle with a dog and an x-ray machine and found “anomalies” inside the doors and the tank, where they later discovered a total of 130 packages — 112 which tested positive for meth, and 18 others that tested positive for cocaine, the complaint said.

Dempsey, who was then assigned to 3rd Assault Amphibian Battalion, admitted in a statement that he was delivering the narcotics to an unknown person in Los Angeles for $15,000, according to the complaint. He filed a plea agreement and pleaded guilty to the smuggling charges in February, court records show.

Dempsey will be sentenced on Nov. 4, 2019, according to the most recent court filing. His attorney did not respond to inquiries from Task & Purpose.

Dempsey joined the Corps on Dec. 14, 2015 and was trained as a small arms repairer and technician, according to Corps records. He separated from the Marine Corps on Nov. 14, 2018 as a lance corporal while his case was still pending in federal court.

A Corps spokesperson could not comment on whether Dempsey was punished by the Marine Corps due to privacy restrictions. However, Dempsey served for less than 3 years and his date of rank was the same date of his discharge, suggesting he was administratively punished and separated.