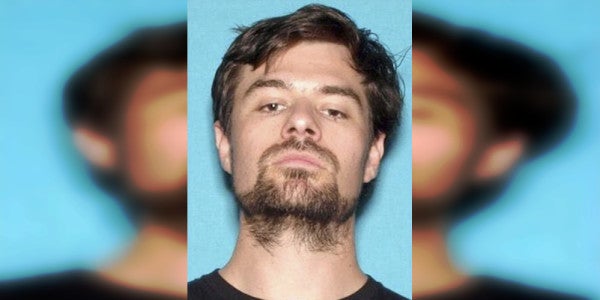 LOS ANGELES — Before he opened fire at a Thousand Oaks bar, killing 12 people Wednesday night, authorities said, Ian David Long was known among former roommates and neighbors in Newbury Park as an ex-Marine who appeared to be wrestling with mental health problems.

Dressed in black, Long, 28, made the five-mile drive from his home to Borderline Bar and Grill, where he tossed smoke bombs and rained bullets on a crowd of 150 to 200 people about 11:20 p.m., law enforcement officials said.

Authorities said Long carried out the attack armed with a Glock 21 .45-caliber handgun, which he purchased legally in Simi Valley but had apparently modified with an extended magazine.

Ventura County Sheriff Geoff Dean said Long was found dead of an apparent gunshot wound in an office inside the bar. Authorities suspect he turned the gun on himself after the massacre. Officials have not determined Long’s motive in the attack.

Dean said his department had several encounters with Long, most recently in April when deputies responded to his home for a complaint of disturbing the peace. At the time, they said Long was irate and acting irrationally.

The crisis team called in to evaluate him discussed whether he might have post-traumatic stress disorder, or PTSD, based on his military service. They concluded that he did not present enough of a danger to himself or others to be taken into custody.

Tom Hanson, a 70-year-old neighbor, said he was the one who called police after overhearing Long breaking things in the house. Hanson was worried that Long would hurt himself.

“I am not surprised, but I’m shocked,” Hanson said Thursday about the shooting.

Neighbor Richard Berge, 77, said Long was known to kick holes in the walls of the ranch-style home he shared with his mother.

“She’s a very sweet woman, but she had a lot of problems with the son,” Berge said. “I just know he tore the house up.”

The sheriff said Long’s only other interactions with his deputies involved a traffic ticket and a 2015 battery at a different Thousand Oaks bar where Long was the victim.

On Thursday morning, a green light in a decorative fixture next to the garage of Long’s three-bedroom home illuminated the driveway as authorities huddled outside. The light is commonly used to honor military veterans.

Long served in the U.S. Marine Corps from 2008 to 2013 and was a machine gunner. He trained at Camp Pendleton in San Diego County before he deployed to Afghanistan for Operation Enduring Freedom in 2010, where he experienced combat.

He was awarded standard military honors as well as the Combat Action Ribbon, which is given to service members who are fired upon by — or fire at — the enemy. In 2011, he attained the rank of corporal.

Long received two administrative disciplinary actions for shoplifting at a store on base early in his military service, but he was honorably discharged in 2013, according to a defense official who spoke on condition of anonymity. Long’s last post was at Kaneohe Bay in Hawaii.

For much of his time in the Marines, Long was married, but he and his then-wife filed jointly for divorce in May 2013 in Ventura County, according to court records. The divorce was finalized eight months later.

After leaving the military, Long enrolled the same year at California State, Northridge, where he studied athletic training.

Blake Winnett, a set builder from Simi Valley, said he lived with Long for about two years after they met in 2013. They roomed together in Simi Valley and later in Reseda while Long attended college.

Winnett recalled his former roommate as quiet — almost reclusive, keeping to himself and adhering to routines.

“He wasn’t outgoing or talkative,” Winnett said. “He kept to himself, always had his earbuds in. He went to the gym, went to class or rode his motorcycle.”

Winnett said he would sometimes coax his hesitant roommate into going out and grabbing a drink at various watering holes in Los Angeles and around Simi Valley.

Long, he said, occasionally went to Borderline, but the bar’s Western vibe wasn’t really his scene.

Long was known to keep a handgun at the home he and Winnett shared with a few other roommates. It didn’t strike Winnett, a gun owner himself, as unusual.

Winnett said Long had his share of quirks. Sometimes, he would stay in the San Fernando Valley home’s garage in sweltering heat, listening to electronic dance music and dancing alone.

“He did it all by himself. Maybe he was just embarrassed by it? But he’d be in the garage for an hour, 100 degrees outside and in the middle of the day,” he said.

Winnett said Long also experimented with molly, a well-known club drug, and took painkillers after a motorcycle accident on a freeway around 2015 that left him with injuries to his arm.

While it’s unclear whether Long was ever diagnosed with PTSD, experts say people with the condition are about three times more likely to commit an act of violence than those without any mental disorder, said Jeffrey Swanson, a psychiatry professor at Duke University School of Medicine who studies the link between mental illness and violence. That risk of violence jumps sharply in people with PTSD and a substance-use problem, he said.

“Violent behavior is complex…. It’s a whole cocktail of factors that come together,” Swanson said. “It’s difficult to predict for that reason.”

Long’s roommates said his mother would often come over to assist her son as he recovered. As an only child, they said, Long was close to his mother. Court records show his parents divorced in 1991 when Long was a year old.

After Long left the residence in Reseda, he moved in with his mom.

He left Cal State Northridge in 2016 without graduating, according to the university.

Long continued receiving mail at his old place — from the Department of Motor Vehicles, from CSUN — and the ex-roommate would call, text and Facebook message Long, but he never responded.

The woman wonders if she could have done more.

“In retrospect, should I have done something?” she said. “I did think to myself, I remember vocalizing this, ‘If I know anyone that might become a shooter, it would be Ian.’ I don’t think it’s normal to spend nine months in a room, which is what he did after the motorcycle accident. He’d go to his kitchen, his bedroom and that was it.”

Neighbors said arguments between Long and his mother quickly began to break out in their quiet neighborhood after he moved back.

Donald J. MacLeod, 79, and his wife were about to go to sleep late one night last year when the couple heard arguing behind their home from the Longs’ residence. There was shouting, cursing and dogs barking.

“All of sudden I heard a gunshot,” MacLeod said. “I told my wife to leave the lights out, don’t get near the wall, a bullet could go through the stucco.”

As he made his way to the backyard, he noticed the neighbors’ home. The lights went out.

“Everything was quiet,” he said.

MacLeod said he would hear arguments between Long and his mother when Long was a teen, but those fights became increasingly volatile after he returned from the military. Sometimes there would be two or three in a day, with Long shouting profanity at his mother.

“A lot of adjectives I can’t and won’t repeat,” MacLeod said.

Before he enlisted in the military, Long was among Newbury Park High School’s class of 2008, according to a local newspaper’s list of graduates. He was a reserve outfielder on the varsity baseball team during his junior year after he transferred to the school from El Modena High School in Orange County.