Here’s everything we know about Vanessa Guillen, the soldier who disappeared from Fort Hood two months ago

“We want to bring Vanessa home as efficiently and rapidly as possible." 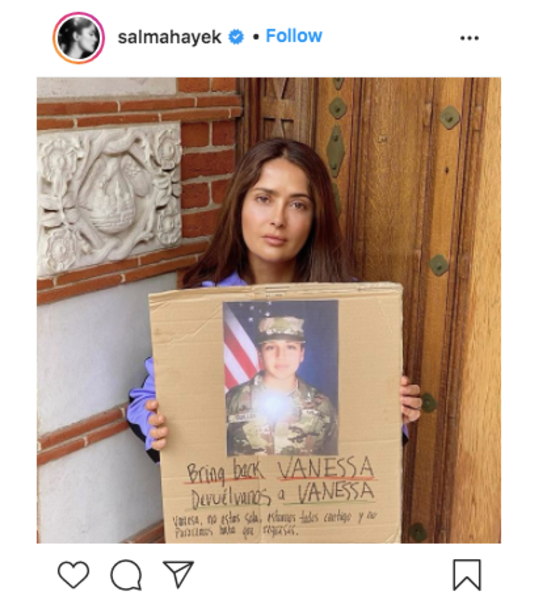 It’s been over two months since Army Pfc. Vanessa Guillen disappeared, but officials seem to still be grasping for answers.

Guillen, 20, was last seen in the middle of the afternoon on April 22, in a parking lot at Fort Hood, Texas. According to the Army, she was wearing a black t-shirt and purple fitness-type pants. Her military ID card, wallet, barracks room key, and car keys were all found later in the armory room where she was working that day.

On Sunday, Maj. Gen. Scott Effland, the deputy commanding general for III Corps at Fort Hood, pleaded for more information, saying that they’re continuing to search for the “missing member of our Army family.”

As we all grieve the loss of one Soldier, someone out there can help us not to have to grieve for another. If you have information as to the whereabouts of Vanessa Guillen, call 254-495-7767#FortHood #USArmy #FindVanessa #FindVanessaGuillen pic.twitter.com/BCTIS9wpia

This week, Guillen’s family’s attorney, Natalie Khawam, described the situation as “horrific” and told reporters that Fort Hood officials “suspect foul play,” and mentioned the possibility of homicide during a meeting with Guillen’s family members.

The situation took a concerning turn earlier this month when her family came forward and said she was being sexually harassed by one of her superiors. Her sister, Lupe Guillen, claimed that Vanessa “was too afraid to talk” at the time; her mother reportedly knows the soldier's name.

Khawam said Tuesday that Guillen told her family and friends about a sergeant walking in on her while she was showering.

“The 3rd Cavalry Regiment continues to aggressively search for Pfc. Guillen,” he said in a press release. “And will not stop until we find her.”

The case has attracted considerable attention. Texas Rep. Sylvia Garcia (D-Texas) tweeted on Tuesday that the “eyes of the world are on Fort Hood.”

Garcia said Tuesday that she'll be looking to see if there's anything legislatively that needs to be done in D.C. to ensure “that this just never, ever happens again.”

And actress Salma Hayek has brought the issue to over 15 million of her Instagram followers, pledging to post a photo of Guillen on her Instagram story every day until she's found.

Khawam said on Tuesday that there are a “lot of gaps” in the information the Army has provided and that the family aired their suspicions to Fort Hood officials in hopes that they would shed some light on other possibilities.

“A lot of it doesn't connect,” she said of the Army's information. “We don't care who messed up, we just want answers.”

Anyone with more information is encouraged to call Army investigators at 254-287-2722 or the Military Police Desk at 254-288-1170. Information can also be submitted anonymously at cid.army.mil/report-a-crime.