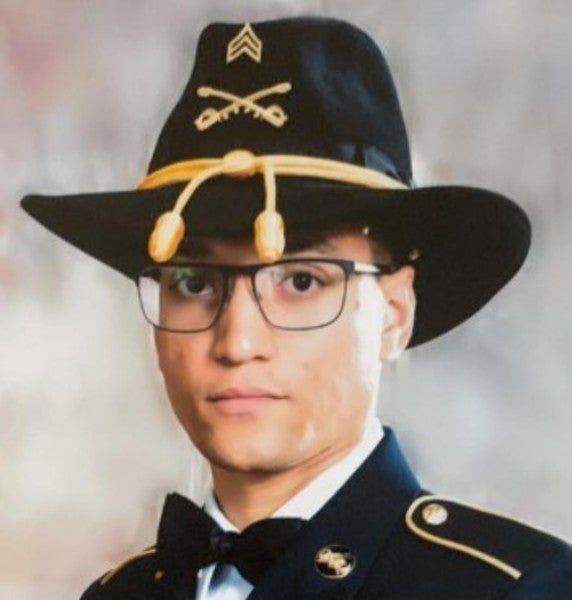 A soldier who went missing from Fort Hood had reported being sexually assaulted and was subsequently bullied for doing so, his family's lawyer said on Tuesday.

Sgt. Elder Fernandes “really loved the Army [and] wanted to be in the Army his whole career,” said attorney Natalie Khawam, but after being bullied for reporting his assault, he “didn't want to go back.” (Task & Purpose's policy is to not identify sexual assault survivors but is doing so in this case at the permission of Khawam.)

The 23-year-old soldier went missing from the Texas Army installation on Aug. 17.

In a supply room in April, Fernandes was allegedly groped by a male soldier, according to Khawam. “He was very upset, he was embarrassed, he was hurt, he was really angry,” she said. “He reported it.”

After reporting the incident, Fernandes was transferred to another unit, where Khawam said he was was “bullied” and “hazed” for reporting.

Lt. Col. Chris Brautigam, a spokesman for the 1st Cavalry Division, told Task & Purpose that they were “not aware of any reports of bullying or hazing.”

Fort Hood officials confirmed on Sunday that an investigation regarding allegations raised by Fernandes of “abusive sexual contact.”

“The unit sexual assault response coordinator has been working closely with Sgt. Fernandes, ensuring he was aware of all his reporting, care, and victim advocacy options,” a press release from the base said.

The news of the abuse was first reported by KTRK-TV, a Houston, Texas ABC affiliate.

Fort Hood said on Saturday that foul play “is not suspected,” and that information gathered from other soldiers indicates that Fernandes “left on his own accord.”

According to a Fort Hood press release on Sunday, soldiers from his unit had started “a thorough search for him” within hours of his disappearance. The release says that the unit “reached out to every unit across Fort Hood” asking for their help and that all division motor pools, barracks, parking lots, and buildings “have been thoroughly searched.”

“The command very much appreciates the concern of Sgt. Fernandes’ Family and is doing all we can to maintain a positive dialogue and keep them informed of the progress of the search,” Sunday's press release says. “It is our desire we work together to find him.”

Leadership at Fort Hood met with the family in person on Sunday, the release said.

Fernandes — a chemical, biological, radiological, and nuclear specialist with the 553rd Combat Sustainment Support Battalion, 1st Cavalry Division Sustainment Brigade — was last seen on Aug. 17 at a residence in Killeen, Texas. According to Fort Hood, he “did not report to work the following day as scheduled.”

According to Army investigators, Fernandes is 5' 5″ tall and weighs 133 pounds, with black hair and brown eyes. He was last seen wearing a black Army physical training t-shirt and shorts with black, orange, and yellow shoes.

There isn't believed to be a connection between Fernandes' disappearance and “any other ongoing cases at Fort Hood,” Saturday's press release said.

Fernandes' disappearance comes on the heels of a tumultuous few months for Fort Hood, which recently included the death of Spc. Vanessa Guillén, who was allegedly murdered in an arms room on the Texas installation. Khawam is also representing the Guillén family.

Sen. John Cornyn (R-TX) wrote to Army Secretary Ryan McCarthy on Monday to express his “deep concern regarding the frequency with which soldiers at Fort Hood have died, disappeared, or fallen victim to criminal acts over the course of the last several months.”

Lt. Col. Justin Redfern, commander of the 553rd Combat Sustainment Support Battalion, said on Saturday that the unit's priority “remains getting Sgt. Fernandes back with the people that care about him. We are concerned for his well-being and want him to continue the care he was receiving before he went missing.

“Our unit and the Army have the resources to help him.”