The investigation starts as authorities work to piece together what happened to Pfc. Vanessa Guillen. 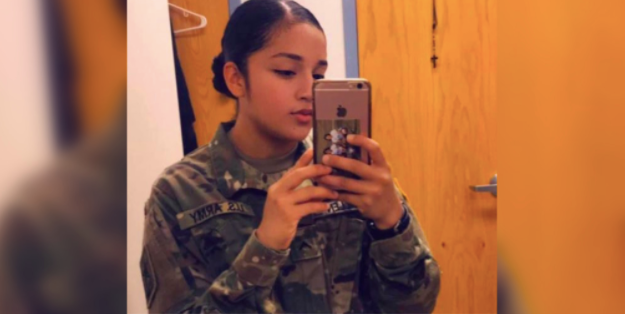 According to a Fort Hood press release, a seven-member team from the U.S. Army Forces Command (FORSCOM) Inspector General arrived this week at Fort Hood. Their investigation began on June 30 and will go until July 3.

Per the release, the investigating team will be examining the program's implementation at Fort Hood; assessing if the command climate is “supportive of soldiers reporting incidents of sexual harassment and assault;” and looking to find any “potentially systemic issues” within the program, including problems with resources.

The announcement of the investigation came the same day that Army investigators announced they had one civilian suspect in custody in connection to Guillen's disappearance and that one military suspect had died by suicide as law enforcement “attempted to make contact” with him.

In June, Guillen's family announced that she'd told them she was being sexually harassed by one of her superiors; her sister said at the time that Guillen had been “too afraid to talk.” Shortly after the news surfaced, the commander of the 3rd Cavalry Regiment appointed a team to look into the allegation.

Investigators on Tuesday said that human remains were discovered during a search for Guillen. The remains have not yet been identified. Natalie Khawam, an attorney representing Guillen's family, said Wednesday she believed the remains were those of the missing soldier.

“[T]hat unfortunately doesn't provide us much information about how this happened, why this happened,” Khawam said. “Why a beautiful, young soldier is not with us today.”