"As an Army, we stand with Vanessa’s family and we’re committed to finding out how this happened." 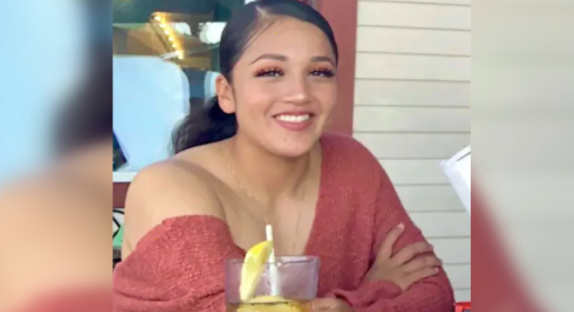 Army leaders reaffirmed on Friday their commitment to “bring justice” to the family of Spc. Vanessa Guillen, the Fort Hood soldier who went missing over two months ago.

“We are deeply saddened by events unfolding in the disappearance of SPC Vanessa Guillen,” Army Secretary Ryan McCarthy said on Friday. “Vanessa was a valued member of the Army team and nothing like this should ever happen to one of our own.

“The Army is using every available means to learn the truth. We ask for everyone’s patience in this matter as we continue to work work with local Texas and Federal law-enforcement agencies to find the truth and bring justice for Vanessa and her family.”

On Wednesday, Army investigators announced that a military suspect — who was identified on Thursday as Spc. Aaron David Robinson — had died by suicide as authorities approached him.

They also said a civilian suspect was in custody. On Thursday, federal authorities charged 22-year-old Cecily Aguilar with one count of conspiracy to tamper with evidence, in connection with Guillen's disappearance.

Robinson allegedly told Aguilar “that he killed a female soldier by striking her in the head with a hammer” on April 22, according to the Department of Justice press release outlining the charge against Aguilar. He then allegedly admitted to Aguilar that he had taken Guillen's body to “a remote site” in Bell County, Texas, and asked her to help him dispose of the body.

Aguilar allegedly “recognized” Guillen, and helped Robinson “mutilate and dispose” of her body.

“At first they tried to set her on fire, but she wouldn’t burn,” Khawam said. “Then they dismembered this beautiful U.S. soldier’s body with a machete.”

Aguilar faces up to 20 years in federal prison if convicted, with a maximum $250,000 fine.

“As an Army, we stand with Vanessa’s family and we’re committed to finding out how this happened.”

Related link: This is the Army’s message to parents of prospective soldiers in the wake of Vanessa Guillen’s disappearance

Though unidentified human remains were discovered earlier this week in Bell County, Maj. Gen. Scott Efflandt, Fort Hood deputy commander, said on Thursday that the remains have not been confirmed to belong to Guillen, and are still being analyzed.

Guillen's family said that she was being sexually harassed by a superior prior to her disappearance, though investigators haven't yet found evidence of that.

The IG team's investigation will look at the implementation of the SHARP program, if the command climate is supportive of soldiers who make a sexual harassment or assault allegations, and if there are any “potentially systemic issues” within the program. The investigation is expected to end on Friday.

“By volunteering to be an American Soldier, SPC Vanessa Guillen displayed that she was a courageous young woman,” Sergeant Major of the Army Michael Grinston said. “My thoughts and prayers are with Vanessa’s family.

“As an Army, we’re doing all we can to investigate every aspect of this tragic incident.”