Six months after the disappearance and death of Vanessa Guillén, Army changes how missing soldiers are reported

“Her loss has been felt in our formations and across the nation at large." 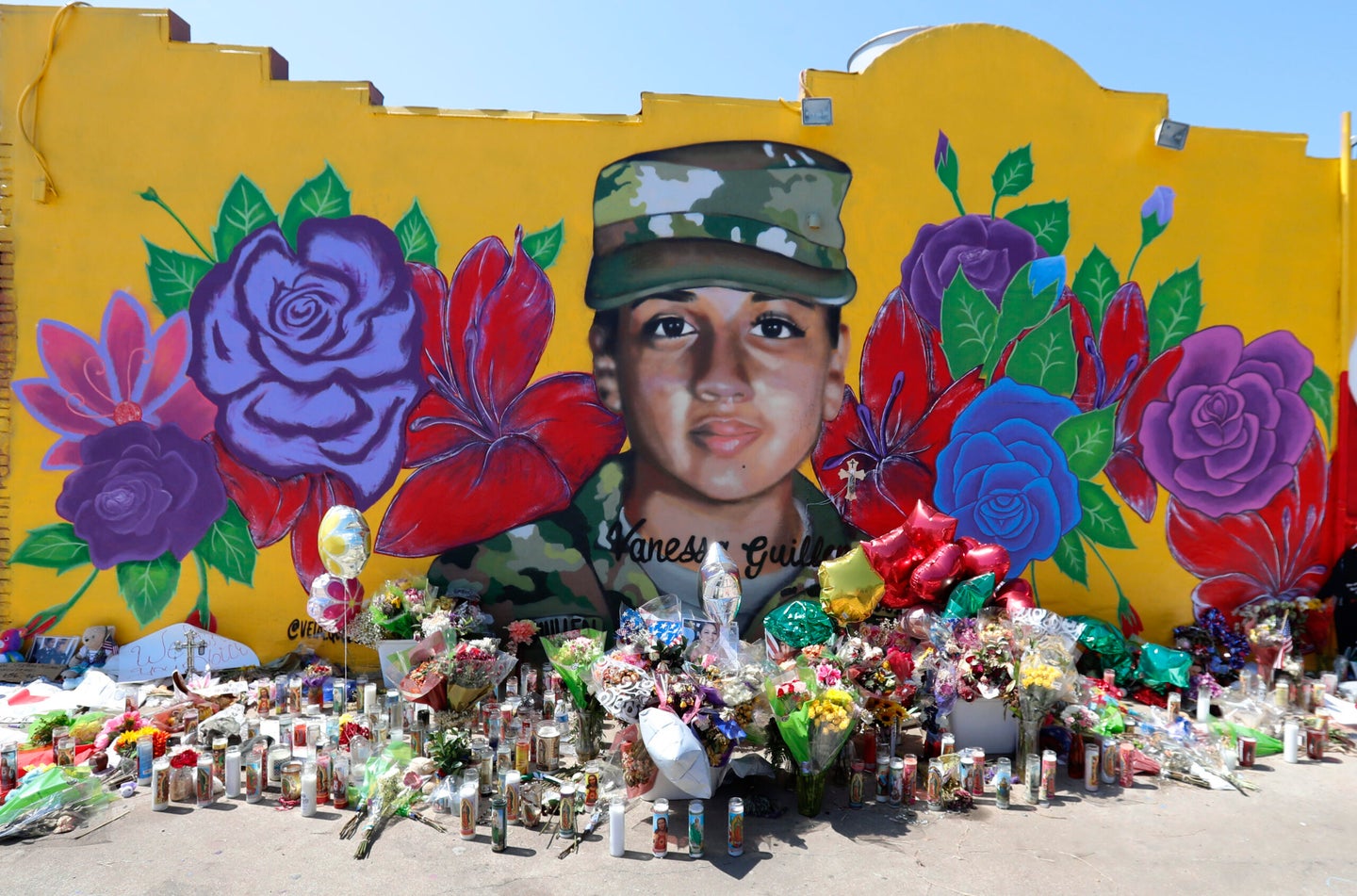 In a new action plan sent out to Army leaders on Tuesday — which was obtained by Task & Purpose and details the service’s path forward on its new number one priority, people — Army Secretary Ryan McCarthy, Chief of Staff Gen. James McCVonille, and Sergeant Major of the Army Michael Grinston say that new guidance on reporting missing soldiers will be released in “the coming weeks.”

“In the coming weeks, [the Department of the Army] will publish guidance on absent soldiers to clarify that when one of our teammates fails to report for duty, we will consider them missing and take immediate action to find them,” the action plan says.

In his opening address on Tuesday at the (virtual) Association of the U.S. Army’s annual conference, McCarthy said Army leaders were “shocked to our conscience” by the murder of Army Spc. Vanessa Guillén at Fort Hood. Guillén went missing in April, resulting in a painstaking search that lasted over two months.

“She was murdered by another soldier and because of this, we know Vanessa’s name for the wrong reasons,” McCarthy said, according to a copy of his speech. “Her loss has been felt in our formations and across the nation at large. But through this sort of reckoning, we realized that some of the same barriers and threats still exist within our formation.”

The “reckoning” that stemmed from Guillén’s disappearance was made more severe by other cases out of Fort Hood in the months that followed, including the discovery of the body of Pvt. Gregory Morales, who had been declared absent without leave (AWOL) days before he was to be honorably discharged from the Army; and the disappearance and eventual discovery of another soldier, Sgt. Elder Fernandes.

The policy change announcement is part of a broader shift in the Army to focus primarily on people — soldiers and their families. Along with new guidance on missing soldiers, the action plan directs that division and brigade leadership across the force will start “routinely” checking up on soldiers’ barracks, pay, awards, and physical, mental, and spiritual health.

“These changes are aimed at achieving trust throughout the chain of command,” the action plan says. “We trust commanders and leaders at every level to prioritize and focus your units and soldiers.”