"My preliminary review of the report, recent cases, and recent media coverage, have hardened my belief that the Army’s SHARP program hasn’t achieved its mandate" 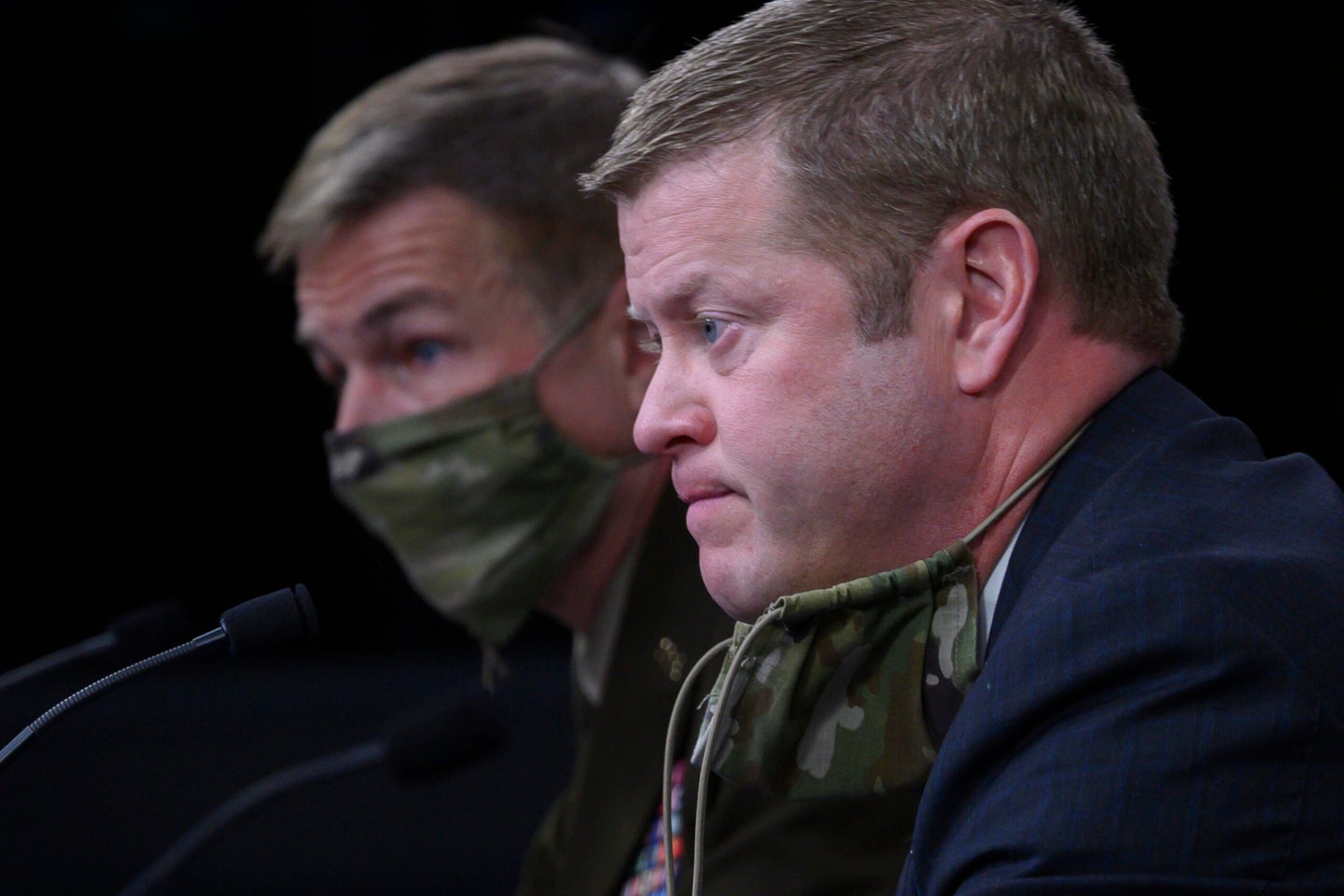 The Army’s sexual assault and harassment prevention program has failed to protect soldiers in the way it was intended to, the service’s secretary acknowledged on Tuesday.

Army Secretary Ryan McCarthy announced that senior service leaders are reviewing the findings from a civilian panel which was appointed to review the command climate at Fort Hood, Texas, in the wake of the death of Army Spc. Vanessa Guillén.

“Army senior leaders are in receipt of the Fort Hood Independent Review Committee’s report and are reviewing its findings and recommendations,” Army Secretary Ryan McCarthy said in recorded remarks released on Tuesday.

“My preliminary review of the report, recent cases, and recent media coverage, have hardened my belief that the Army’s SHARP program hasn’t achieved its mandate to eliminate sexual assaults and sexual harassment by creating a climate that respects the dignity of every member of the Army family.”

McCarthy also said he plans to release the panel’s findings, as well as an action plan addressing their recommendations, on Dec. 8 and adding that the service had “significant work to do to regain our soldiers’ trust” in the SHARP program.

McCarthy originally announced the civilian panel in July, less than three months after Guillén went missing from Fort Hood and one week after the service confirmed that her remains had been recovered.

The Guillén family’s disclosure that the young soldier was sexually harassed prior to her disappearance and death catalyzed a wave of criticism regarding how the Army, and the military as a whole, handle sexual assault and harassment in the ranks.

It also started a touched off a movement within the military community thought of as the military’s “Me Too” moment, where U.S. service members shared their stories of assault and harassment with the hashtag #IAmVanessaGuillen.

The SHARP program has faced scrutiny since Guillén’s case has gained public attention. In July, Sen. Tammy Duckworth (D-Ill.) requested that the Government Accountability Office review the program to determine its “effectiveness.”

The GAO accepted the request in August.

Army leaders will also eventually receive another report from Gen. John “Mike” Murray, the commander of Army Futures Command intended to provide a “comprehensive look” at the actions taken “at every echelon of command” at Fort Hood.

McCarthy said on Tuesday he was “deeply saddened” by how sexual assault and harassment has “plagued our force and brought harm to our soldiers.”

“This topic has captivated the attention of America and our Army leaders and it is abundantly clear – we must do better,” he said. “Leaders, regardless of rank, are accountable for what happens in their units and must have the courage to speak up and intervene when they recognize actions that bring harm to our Soldiers and to the integrity of our institution.

“If we do not have the trust of America – nothing else matters.”