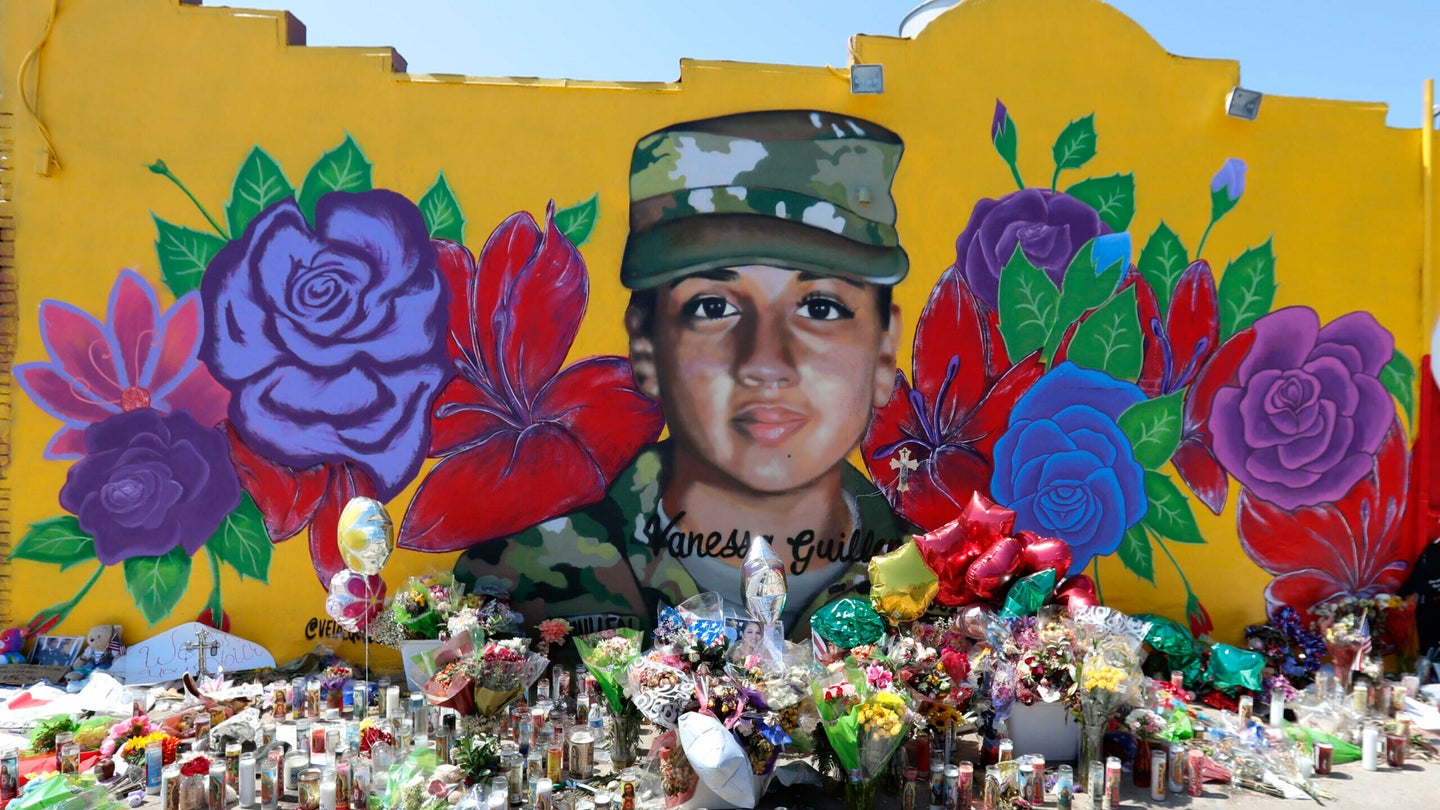 Offerings sit in front of a mural of slain Army Spc. Vanessa Guillen painted on a wall in the south side of Fort Worth, Texas, Saturday, July 11, 2020. (AP Photo/LM Otero).
SHARE

McCarthy unveiled the dramatic steps while delivering the results of a civilian panel’s independent review of Fort Hood — one of many initiated after Spc. Vanessa Guillén’s alleged murder in April rocked the Army and brought on a wave of scrutiny over the Texas installation and its leadership.

Efflandt, who was the acting Fort Hood commander at the time of Guillén’s death, was delayed from moving to his next assignment at Fort Bliss this summer as a result of the investigations that were started into Fort Hood, which one Army official said didn’t bode well for his career.

Lt. Gen. Pat White, the Fort Hood commander who was deployed to Iraq at the time of Guillén’s death, will not be suspended.

The news of a “multiple” senior officers and enlisted personnel facing disciplinary action at Fort Hood was first reported by CNN.

“If this is true, a lot of people didn’t believe Army leadership was going to do anything, so this would be a sign that the secretary is serious about changing Army culture,” a soldier who spoke on condition of anonymity told Task & Purpose before McCarthy’s announcement.

Shortly after the civilian panel finished their review and left Fort Hood, another investigation began, this time carried out by Army Gen. John “Mike” Murray, the head of Army Futures Command. Murray’s internal investigation was announced in September and is meant to be a “comprehensive look” at the actions “every echelon of the command” took in the wake of Guillén’s death.

“We need to understand the root causes so we can make the appropriate changes, whether that’s a leadership issue, resources, conditions on the ground, our systems … we need to make some adjustments because we’re very concerned,” McCarthy said in September.

All of these investigations come as senior Army leaders are pushing a people-centric rebrand of the service, emphasizing the importance of having leadership at every level who know and care about their soldiers.

“Leaders, regardless of rank, are accountable for what happens in their units and must have the courage to speak up and intervene when they recognize actions that bring harm to our Soldiers and to the integrity of our institution,” McCarthy said in November.

“If we do not have the trust of America – nothing else matters.”