A joint effort by the Drug Enforcement Agency and the Department of Defense to modify a plane for counter-narcotics surveillance... 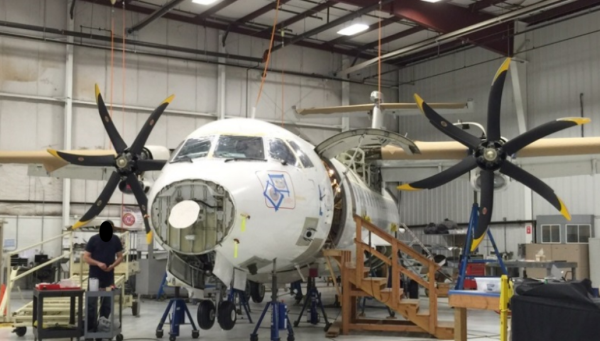 A joint effort by the Drug Enforcement Agency and the Department of Defense to modify a plane for counter-narcotics surveillance operations in Afghanistan never got off the ground; in fact, it never left the hangar. But it did leave a hefty bill: roughly $86 million in funding from the two agencies, according to The Washington Post — 10 times the aircraft’s original cost.

The ATR 500, a 75-foot long twin-prop aircraft typically configured for passenger flights, was purchased by the Office of the Deputy Assistant Secretary of Defense for Counternarcotics and Global Threats in September 2008 for $8.6 million. Called the Global Discovery Program, the hope was to outfit the bird with advanced surveillance technology and make it suitable for operations in a combat environment with the ultimate goal of flying counternarcotics missions for the DEA and DoD in Afghanistan.

But it didn’t work out that way. Costs ballooned and delays added up.

Photo via Justice Department’s Office of the Inspector General.

The plane was modified for surveillance operations in Afghanistan, but even if it's flight ready by tomorrow, it'd be too late: The DEA no longer runs aviation ops in the country.

“Even though collectively the DEA and DOD have spent more than $86 million on the Global Discovery program, we found that, over 7 years after the aircraft was purchased for the program, the aircraft remains inoperable, resting on jacks, and has never actually flown in Afghanistan,” reads a Sept. 13 report from the Justice Department’s Office of the Inspector General.

The program was plagued by a lack of clearly defined requirements for its modifications, and it faced missed deadlines, frequent personnel changes, and duplication of work — to include making, and then removing, bespoke mods.

Photo via Justice Department’s Office of the Inspector General.

An ATR 500 aircraft purchased by the Department of Defense and the Drug Enforcement Agency for $8.6 million ended up costing the agencies ten times that amount.

Even if the aircraft was suddenly flight-ready today, it wouldn’t matter: The DEA no longer conducts aviation operations in Afghanistan, the report notes. Officials now hope to use the plane in other DEA areas of operation — like the Caribbean, Central America, and South America, according to The Washington Post.

It’s not like the military has a shortage of surveillance aircraft operating overseas — heck, they can even spare a few to occasionally circle over major U.S. cities, which makes this boondoggle particularly irksome. Especially when you consider the ATR 500’s market value in 2008 was about $6 million.