Maj. Gen. Scott Efflandt "will remain in command at Fort Hood ... during the ongoing independent review of the command climate" 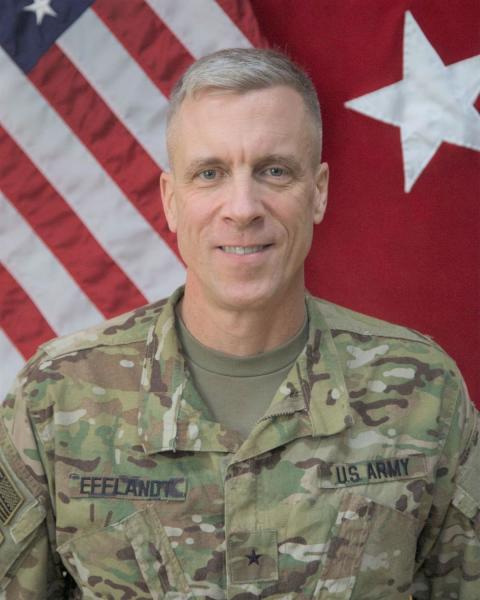 Maj. Gen. Scott Efflandt, the deputy commander of III Corps at Fort Hood, appears to have been delayed from moving on to his next assignment at Fort Bliss as a result of the command review spurred by the alleged murder of Spc. Vanessa Guillén.

Paul Boyce, spokesman for U.S. Forces Command, confirmed to Task & Purpose that Efflandt “will remain in command at Fort Hood to continue leading the Fort Hood community during the ongoing independent review of the command climate there.”

The review of the Fort Hood command climate and culture will be carried out by an independent panel put together by Army Secretary Ryan McCarthy. It will begin at the end of August, McCarthy said in a press conference on Thursday.

“Receiving division commander is a big deal for an Army officer,” the official said. “Any time there’s a delay in taking a command, it’s not a good sign.”

It's unclear when Efflandt was scheduled to take command. When asked if he was still expected to do so when the review at Fort Hood concluded, Boyce did not specify.

When asked if any leaders at Fort Hood could get relieved as a result, McCarthy said that it “all depends on what the root causes” identified in the review point to.

“If the conclusions are such that point to leaders or individuals in particular, of course we will take the appropriate accountability.”