Another soldier has died at Fort Hood

A Fort Hood soldier died on Wednesday after collapsing during physical training days before, according to a press release from... 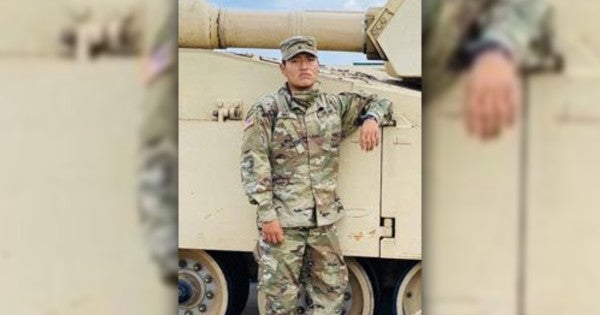 A Fort Hood soldier died on Wednesday after collapsing during physical training days before, according to a press release from the base.

Pvt. Corlton L. Chee, a 25-year-old tank crewman from Pinehill, N.M., collapsed during physical fitness training on Aug. 28, the base said. He was taken to a hospital on the base that day and two days later was taken to a civilian hospital in Temple, Texas.

Chee died with his family by his side on Sept. 2, according to the release. The soldier had been assigned to the 2nd Battalion, 12th Cavalry Regiment since July 2020.

“Our team is devastated by the loss of Pvt. Chee. Corlton was an amazing trooper and so full of life and potential.” Lt. Col. Ron Sprang, his battalion commander, said in a statement. “Every loss affects every single person in this Battalion because we a family of warriors, but this is exceptionally heartbreaking. The entire Thunderhorse team sends our condolences to his family members and friends. Our thoughts and prayers are with them during this difficult time.”

The incident is under investigation, officials said.

More than two dozen Fort Hood soldiers have died so far this year from accidents, homicide, illness, or suicide, according to KWTX. The news station counted at least 26 deaths in 2020 on or around Fort Hood, which has a population of about 37,000, while bases with similar populations such as Fort Stewart, Ga. and Fort Campbell, Ky. have seen 13 and 15 deaths, respectively.

The death of Chee comes little more than a week after Army officials positively identified the body of Sgt. Elder Fernandes, a Fort Hood soldier who was reported missing on Aug. 20.

The prior month, the Army positively identified the remains of Spc. Vanessa Guillén, 20, whose disappearance in April led to intense scrutiny of the base.

And in June, Army investigators searching for Guillén uncovered the remains of 24-year-old Pvt. Gregory Morales, who went missing just days before his discharge in Aug. 2019.

Army Secretary Ryan McCarthy told reporters on Tuesday he was launching an internal investigation of Fort Hood's leadership, which he said would be a “comprehensive look” at actions taken “at every echelon of command.”

During an August visit to Fort Hood, McCarthy said the numbers of sexual assaults, sexual harassment, and murders are “highest in most cases” at Fort Hood than anywhere else in the Army.

“We need to understand the root causes so we can make the appropriate changes, whether that’s a leadership issue, resources, conditions on the ground, our systems,” McCarthy said Tuesday. “We need to make some adjustments because we’re very concerned.”

Related: The Army has announced yet another investigation into Fort Hood leadership

Correction: This article previously stated the soldier population of Fort Hood is roughly 25,000. It is closer to 37,000.