Officials believe that Fernandes "left on his own accord." 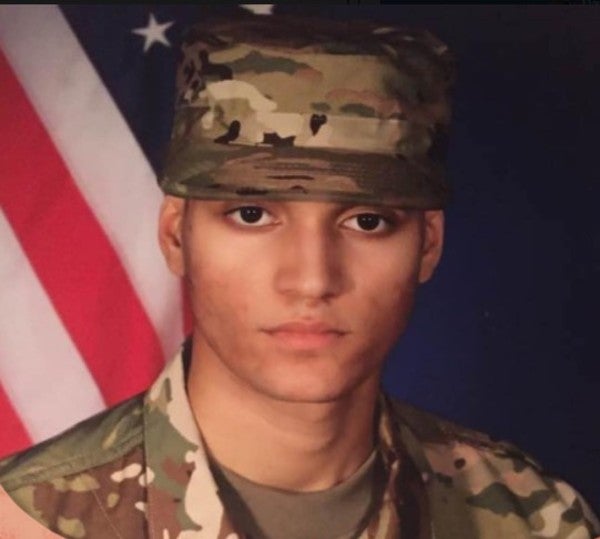 Officials don't suspect foul play in the disappearance of a Fort Hood soldier who was last seen on Aug. 17.

A press release from Fort Hood on Saturday says that Sgt. Elder Fernandes, 23, was last seen at a residence in Killeen, Texas, and that information from other soldiers indicates that he “left on his own accord.”

“Our priority remains getting Sgt. Fernandes back with the people that care about him,” Lt. Col. Justin Redfern, commander of the 553rd Combat Sustainment Support Battalion, said in the release. “We are concerned for his well-being and want him to continue the care he was receiving before he went missing.

“Our unit and the Army have the resources to help him.”

Fernandes is a chemical, biological, radiological, and nuclear specialist with the 553rd Combat Sustainment Support Battalion, 1st Cavalry Division Sustainment Brigade. According to Fort Hood, he “did not report to work the following day as scheduled.” His vehicle was parked at his unit's parking lot.

Fernandes is is 5 feet 5 inches tall, weighs 133 pounds, and has black hair and brown eyes, according to Fort Hood. He was last seen wearing a black Army physical training t-shirt and shorts with black, orange, and yellow shoes.

Currently, there isn't believed to be a connection between Fernandes' disappearance and “any other ongoing cases at Fort Hood,” the press release on Saturday said.

His disappearance comes as Fort Hood has been under intense scrutiny since the alleged murder of Spc. Vanessa Guillén, and the deaths of several other soldiers since the start of the year.

Christopher Grey, a spokesman for CID, urged in a press release on Friday for the public's help in finding Fernandes, asking people to contact authorities if they have “any information, regardless of how trivial you may think it is.”