Our thoughts are with Pfc. Rosecrans' loved ones 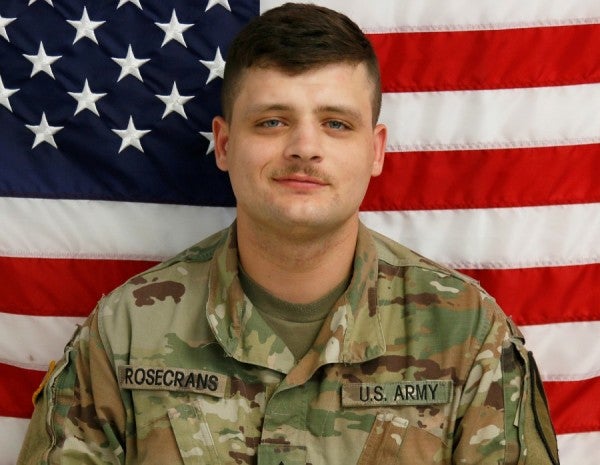 A Fort Hood soldier's death is being investigated as a murder after he was found dead from a gunshot wound in his burning car.

Pfc. Brandon Scott Rosecrans, 27, was found dead on Monday according to a news release from the Harker Heights Police Department.

The burning vehicle was an orange 2016 Jeep Renegade, per the news release, which belonged to the soldier.

Rosecrans joined the Army in May 2018 as a quartermaster and chemical equipment repairer, according to Stars and Stripes.

Since November 2018, he has been assigned to the 3rd Armored Brigade Combat Team, 1st Cavalry Division.

His service awards include the Army Service Ribbon and National Defense Service Medal, per Stars and Stripes.

The cause of the fire is still under investigation. The Harker Heights Police and Fire Departments are investigating both the suspected murder and arson concurrently.

Anyone with information is encouraged to contact the Harker Heights Police Criminal Investigation Division at 254-953-5400 or online at www.bellcountycrimestoppers.com.