The bodies of a U.S. Air Force servicewoman and her two small kids were found inside their smoke-filled Staten Island home in an apparent triple murder, with her husband taken into custody Saturday while wandering the streets of Brooklyn, police said. 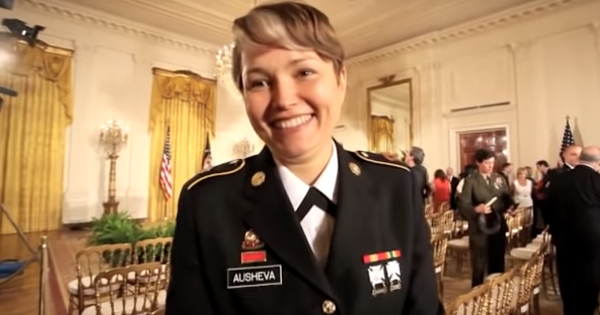 The bodies of a U.S. Air Force servicewoman and her two small children were found inside their smoke-filled Staten Island home in an apparent triple murder, with her husband taken into custody Saturday while wandering the streets of Brooklyn, police said.

A concerned friend of the mom walked into the grisly scene when she went to check the family's home on Palisade St. in Arrochar around 10:30 a.m., said police sources.

She found the home's front door wide open and the victims inside, police sources said.

Cops responded to the the two-story house on the dead-end street and found a small fire and the bodies of the slain woman and her two children in the same bedroom — but no sign of the father, who was also in the Air Force.

Neighbors and police sources identified the woman as Alla Ausheva, 36. Her children were two boys, ages 2 and 3, said sources.

The boys were possibly drowned in the home's tub and then carried into the room where their mother's lifeless body was found with severe injuries to her head and face, said police sources.

The medical examiner will determine the cause of death,” said NYPD Assistant Chief Kenneth Corey at an afternoon news conference. “However, we are treating this as a homicide investigation.”

Cops responded to the address once before on a domestic incident.

Around 8 a.m. — 2 1/2 hours before the discovery of the slaying — the woman's husband and boys' father, Shane Walker, 36, was found wandering the Brooklyn-Queens Expressway in Brooklyn. Walker was taken to a hospital for evaluation.

Both husband and wife were assigned to Fort Hamilton in Brooklyn, sources said.

A friend of Ausheva — who stood along alongside another woman in military garb outside the crime scene — remembered the victim as “a beautiful person.”