Vanessa Guillen was murdered in her unit armory on the day she went missing, attorney says

"Vanessa Guillen is a loss to all of us." 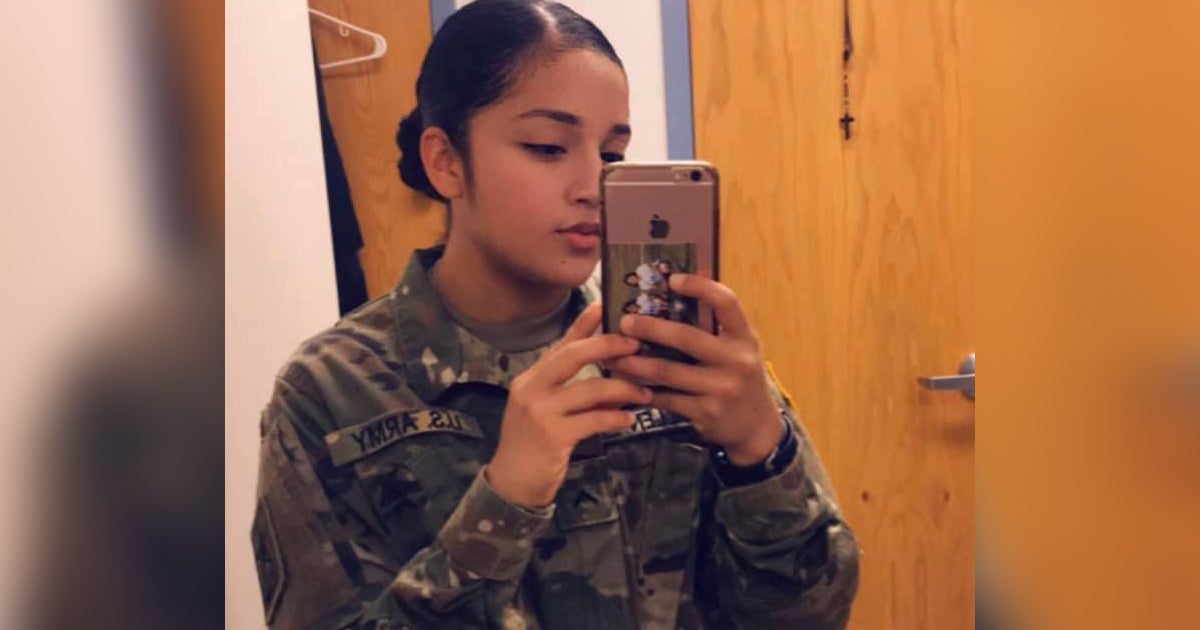 Army Spc. Vanessa Guillen was allegedly murdered in her unit’s armory room at Fort Hood the same day she went missing, according to her family’s attorney.

Natalie Khawam told Army Times in a statement that Spc. Aaron David Robinson, another soldier at Fort Hood, allegedly attacked Guillen — who was last seen on April 22 — “with a hammer,” and then called his married girlfriend “to help him bury her bloody body.”

“At first they tried to set her on fire, but she wouldn’t burn. Then they dismembered this beautiful U.S. soldier’s body with a machete,” Khawam said, per Army Times.

Fort Hood public affairs has not yet responded to a request for comment from Task & Purpose.

Guillen was last seen in a parking lot at Fort Hood on April 22. She was posthumously promoted from private first class to specialist on Wednesday.

Authorities announced on Wednesday that one civilian suspect — an “estranged wife” of a former soldier — had been taken into custody. A military suspect died by suicide after authorities “attempted to make contact” with him.

Efflandt also said on Thursday that so far, there is not “any connection between sexual harassment and her disappearance.” Guillen’s family has reported that she was allegedly being sexually harassed by a superior. Her family said in June that she was “too afraid” to report the harassment.

Khawam said that the superior in question “walked in on her in the shower and sat down to watch,” according to CBS-affiliate KHOU.

Phelps added that Robinson was “in no way” in Guillen’s chain of command and that there was no evidence that Robinson was sexually harassing Guillen. He added that they’ve interviewed “hundreds” of people in the investigation, and encouraged anyone with information to come forward and contact CID agents.

On Wednesday, the Army also announced that Fort Hood’s Sexual Harassment/Assault Response and Prevention (SHARP) program was being investigated by an Inspector General team from U.S. Army Forces Command (FORSCOM).

The IG team is looking into the programs’ implementation, how the command climate supports soldiers, and will identify “potentially systemic issues” within the program.

Though unidentified human remains were found earlier this week and suspected to belong to Guillen, Efflandt said that no positive confirmation has yet been made.

“Vanessa Guillen is a loss to all of us,” Efflandt said.