Doxxed Army leaders, spokesmen with no plan, and other details from the latest report on Vanessa Guillén’s disappearance

“I think by that point, it went about as well as it could be expected which is to say it was a train wreck." 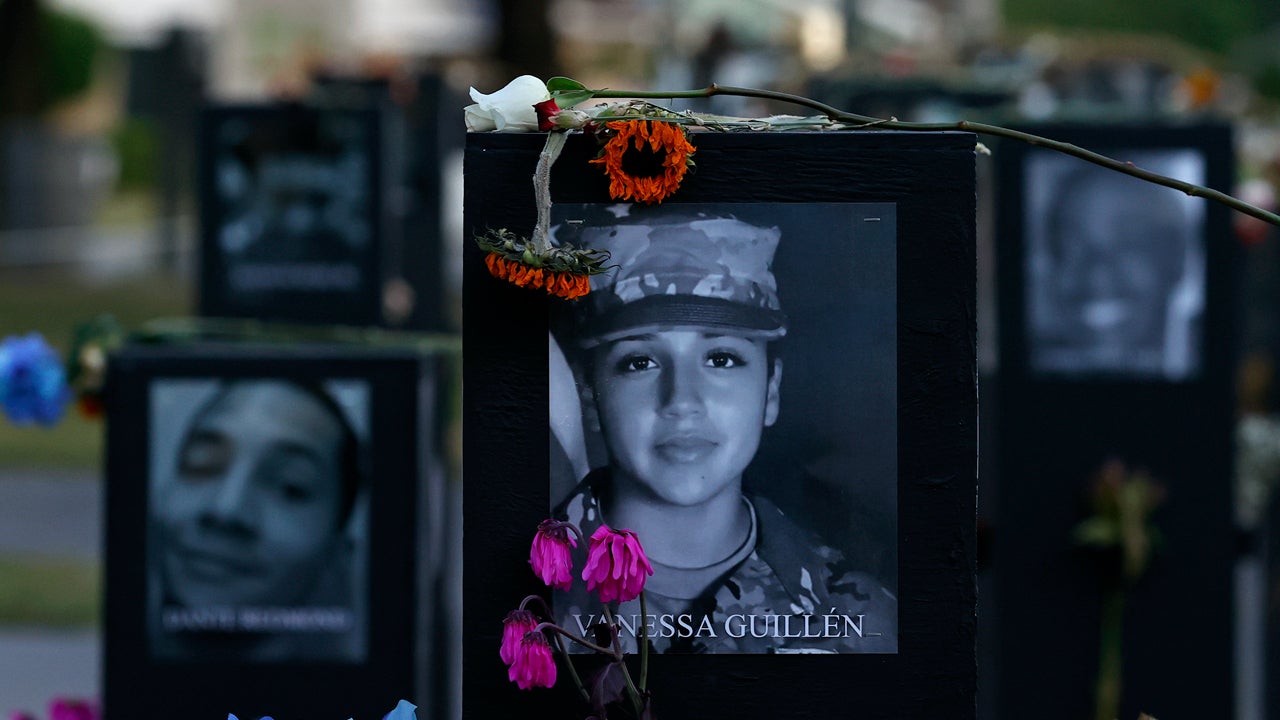 A picture of Vanessa Guillen is seen at the Say Their Names Memorial at Emancipation Park, Wednesday, Oct. 7, 2020, in Houston.
SHARE

A new, incredibly detailed report about the disappearance of Spc. Vanessa Guillén last year lays bare the Army’s mismanagement of a major investigation and its failure to communicate with the soldier’s family and the broader public throughout the ordeal.

The report, released on Friday afternoon, presented a chronological timeline of events both before and after Guillén went missing from Fort Hood, Texas on April 22. The 271-page report includes many details that help paint a full picture of what was happening behind the scenes as the Army searched for the 20-year-old soldier. Although the report supports pieces of the timeline the Guillén family outlined publicly, the family’s attorney said they still found “many inconsistencies” in the report.

“Vanessa’s case was severely mishandled, and therefore this report reflects a lot of damage control,” Natalie Khawam said on Friday. “It’s heartbreaking and frustrating for all of us.”

The harassment from Robinson started with text messages that “increased with unwanted sexual advances,” according to the report. The woman eventually blocked Robinson’s number, which resulted in him approaching her in person, “noticeably” staring at her and following her around the unit area “as if stalking.”

The woman didn’t make a formal complaint because she “felt that the command climate at the troop would not have supported a complaint of sexual harassment against SPC Robinson.” The 3rd Cavalry Regiment “did not sufficiently emphasize the response and prevention of sexual harassment,” the report said.

Another key finding from Gen. John “Mike” Murray, the commander who carried out the internal investigation, was that the Army was “ineffective” at engaging in social media in the weeks that followed Guillén’s disappearance. While the report says that the Army’s search for Guillén was “immediate and well-coordinated,” it also acknowledges that Maj. Gen. Scott Efflandt, who was the acting senior commander of Fort Hood at the time, “misjudged the significance” of her disappearance and prioritized protecting the integrity of the investigation over proactively sharing information and engaging with the media.

“This failure contributed to an inability to inform and educate the public in a timely manner, as well as a failure to maintain transparency with the Guillén family,” the report says. “By the time Fort Hood developed a media communications strategy on 29 June, Fort Hood had lost the trust of the Guillén family, and critically damaged the trust, confidence, and reputation of Fort Hood and the Army with the surrounding community and the nation.”

The investigators also found problems with the Army’s policies in designating soldiers absent without leave (AWOL). Guillén’s chain of command labeled her AWOL on April 24 because they didn’t have evidence that proved her disappearance was involuntary. That has since been addressed; the service released new guidance in December to clarify how unit commanders should respond in the first 48 hours that a soldier fails to report for duty, directing them to label soldiers “absent-unknown” first, and then determining if the absence is voluntary or involuntary and changing their status accordingly.

Related: A stunning 21 Army leaders will be disciplined over Vanessa Guillén’s disappearance and death

As the report tells it, the Army started looking for Guillén the night of April 22. Investigators later determined that she had been murdered that day at an arms room on base.

A member of the Guillén family arrived at Fort Hood at three in the morning on April 23, the report says. Although the report does not provide the family member’s name, Lupe Guillén, Vanessa’s younger sister, previously told Task & Purpose that Mayra, their older sister, drove to Fort Hood on the night of April 22 and arrived early in the morning of April 23.

The report goes on to detail the search efforts day by day. The morning of April 23, for example, a male soldier whose name is redacted drove to a part of Killeen, Texas, “known to have active drug and human trafficking as well as prostitution” to continue searching for Guillén. He “had over $300 in cash” and was “prepared to recover SPC Guillén if he was able to locate her,” the report said.

The Army also ran into the problem of false leads during their search. The report says that in June the 3rd Cavalry Regiment learned of social media posts saying Guillén was “being held in tunnels under Fort Hood.” Several agencies including the Army’s Criminal Investigation Division and geospatial intelligence experts from the regiment conducted “analysis of natural caves on Fort Hood in order to determine the potential likelihood of a trooper falling in.”

But a major theme of the report was the breakdown in communication between Fort Hood and the family, as well as the general public and the media. The report said Fort Hood “did not have written standard operating procedures or policy guidance for conducting public affairs functions and operations, to include how to operate during a crisis.” This is a startling admission for one of the largest military bases in the country, and one which is no stranger to crisis after a gunman killed 13 people during a mass shooting in 2009.

There was also inconsistent direction coming from the Army’s main public affairs hub. Efflandt told investigators he was getting “different advice” from Brig. Gen. Amy Hannah, the head of Army public affairs, and Michael Brady, the deputy chief of public affairs.

In May, Efflandt pushed back on advice that he put his name on a media release coming from Fort Hood about the ongoing search, telling a commander whose name was redacted that he wasn’t “ready to be the face on this yet.”

“I don’t know if it was a desire to try and keep it at a lower level or what the motivation was behind that,” the unnamed soldier is quoted as saying in the report. “I was kind of deflated to be honest with you when he said that because — and I explained to him — I was like, Sir, we’re at the point where we can’t roll this back in. We have to put something out. And people are asking why leadership is not addressing this. It’s all over social media. Why is leadership not saying something?”

The report also says leaders faced “doxxing” on social media, an act that exposes someone’s private or identifying information. Three key leaders, who the report does not name, were doxxed.

The first live public engagement from the command at Fort Hood wasn’t until July 2 — 71 days after Guillén disappeared. The press conference, held by Efflandt and CID officials, “appeared insincere and was executed inconsistently,” the report said. One person told investigators that Efflandt “didn’t have any new facts” at the time of the conference.

“I think by that point, it went about as well as it could be expected which is to say it was a train wreck,” one unnamed person told investigators.

Murray recommended in the report that the Army’s head public affairs office “consider new policy and training on how to handle incidents” like Guillén’s disappearance.

Despite the report’s detailed account of when, where, and how the Army bungled communications during the incident, the report itself has already proven problematic for some of the same reasons. The League of United Latin American Citizens (LULAC) — an organization which Murray’s report identified as “a key non-DoD party involved in the case” — released a statement on Monday morning criticizing the Army’s decision to drop the bombshell report on a Friday afternoon.

The national president of LULAC, Domingo Garcia, called the timing “deliberate and premeditated” and “disingenuous,” and said the organization was “appalled by the timing and manner the Army elected to use in disclosing” the report.

“Bottom line, LULAC is here to tell the Army to accept responsibility, acknowledge that you have trouble within the ranks and initiate actions that positively impact the command climate and changes your culture for the long term,” LULAC’s statement said. “Our loved ones will not serve within an Army we cannot trust.”

Featured photo: A picture of Vanessa Guillen is seen at the Say Their Names Memorial at Emancipation Park, Wednesday, Oct. 7, 2020, in Houston. (Aaron M. Sprecher via AP)