Richard Overton, America’s Oldest Veteran, Was Finally Laid To Rest In Texas — With A Box Of Cigars And A Bottle Of Whiskey

Richard A. Overton, America's oldest man and a venerated World War II veteran,, was buried at the Texas State Cemetery on Saturday with full military honors 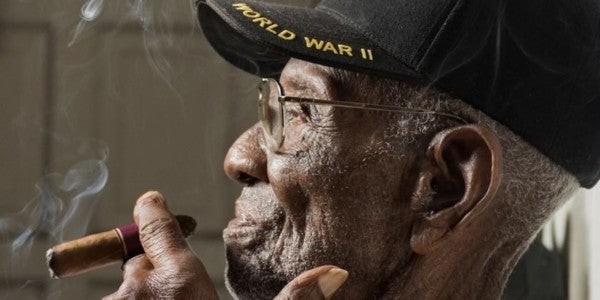 “His final resting place is right here, right where he wanted to be,” cousin Volma Overton Jr. told The Dallas Morning News after the funeral. “He's still home.”

“What is your secret to living so long?” Abbott asked Overton that day. “His answer was immediate and unequivocal: cigars and whiskey.”

It was this “quick wit” and “joyous spirit” that endeared Overton to millions, Abbott told those who came to a service honoring the supercentenarian at Shoreline Church on Saturday morning.

“We celebrate Richard Overton not because of how long he lived. Instead we celebrate him because of how he lived his life,” Abbott told the congregation, which numbered in the hundreds. “Today, we salute a remarkable American. A soldier. A survivor. A jokester. A joy.

General John M. Murray, commander of the Austin-based U.S. Army Futures Command, said Overton's 1887th Engineer Aviation Battalion faced “searing” combat in the Pacific theater. But Overton also had to stare down “the toxic mix of racial discrimination and low expectations from the units they were a part of,” added Murray.

“And although those units across the United States Army, and really across all the services, were set up to fail, Richard and his comrades overcame those challenges with valor, with expertise and with professionalism and with dedication.”

“And this lifelong Texan,” Adler said, “will be buried today in the same cemetery as many of our state's most famous politicians, veterans and founding fathers.”