Coast Guard Mutual Assistance has a GoFundme to help support Coast Guard members and their families for as long as the government shutdown lasts. 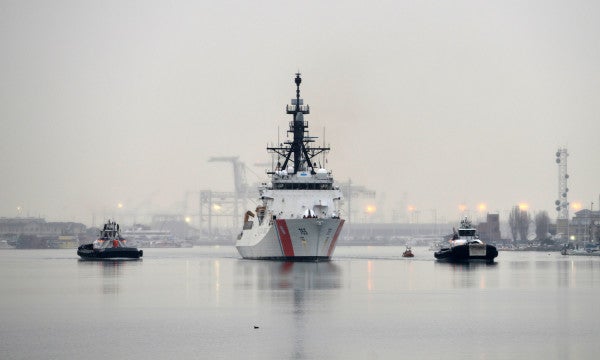 As the shutdown of the government drags on into its fourth week, federal employees are starting to feel the pain. Roughly 800,000 workers missed their paychecks last week, forcing many to turn to food banks and other public resources to get by. The shutdown is not longer a matter of political jousting over building a wall at the U.S.-Mexico border; it's officially a very real burden on the lives of public servants.

Those public servants includes more than 42,000 Coast Guard members who are currently going without pay. And while Coasties across the country are getting a helping hand from the communities they serve, there's an easy way that you can help.

The nonprofit Coast Guard Mutual Assistance created a GoFundme campaign on Dec. 22 to help support Coast Guard members and their families for as long as the shutdown lasts. The organization, which was started in 1924, is an official relief society for Coast Guardsmen.

“Coast Guard Mutual Assistance seeks to provide financial assistance as needed to families in the Coast Guard community,” according to the campaign description. “Its mission is to promote financial stability and general well being for the people it serves through interest free loans, grants, and financial counseling as well as through education assistance programs.”

You can learn more here or donate directly below. Seriously, if you could donate to that sketchy campaign to build a wall, you can donate to this.