A new History Channel special will focus on eight American presidents who before serving as commander in chief, served in uniform in the United States military. 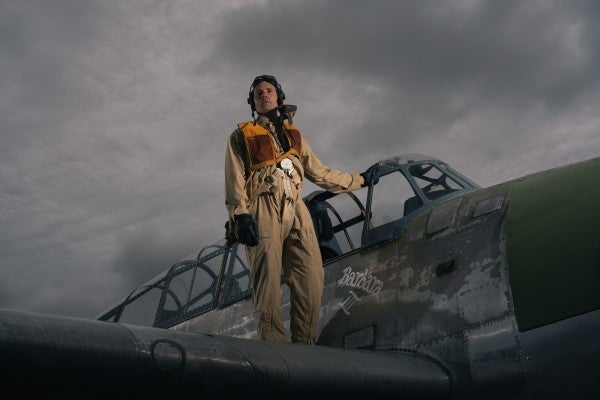 A new History Channel special will focus on eight American presidents who served in uniform in the United States military before serving as commander in chief.

The two-night special, Presidents At War, will begin Feb. 17, and focuses on Presidents Dwight D. Eisenhower, John F. Kennedy, Lyndon B. Johnson, Richard Nixon, Gerald Ford, Jimmy Carter, Ronald Reagan and George H.W. Bush, and will tell the story of how their time in uniform changed them, and ultimately shaped their tenure as president.

With luck, the series will look at how their service shaped not just their lives, but the country they would go on to lead. At least, that's the hope.

Yes, this is supposed to be Richard Nixon.Photo by Brendan George Ko/History

The series appears to use a mix of historical footage and reenactments and will include the European and Pacific theaters of World War II, as well as those war efforts that took place stateside. It will span Ronald Reagan's time with a motion picture unit in Burbank, California, to Dwight D. Eisenhower, who suffered an early defeat against Germany, but went on to orchestrate the D-Day landings at Normandy, which changed the tide of the war in Europe.

Their experiences, while varied, offer a glimpse of American presidents before they sat in Oval Office. And we may have a chance to see them back when they wore fatigues instead of suits; followed orders instead of giving them; and executed the war plans of sitting presidents, instead of making their own.

At just 20 years old George H. W. Bush was one of the Navy's youngest pilots when he was shot down over the Japanese-controlled island of Chichi Jima on Sept. 2, 1944, after his aircraft completed its bombing run. The sole survivor from his aircraft, Bush spent hours alone at sea, waiting anxiously in a life raft before being rescued.

John F. Kennedy, then in his mid-20s, was a Navy patrol boat commander in August 1943, when their plan to ambush a Japanese destroyer near the Solomon Islands went awry, and left their boat cut in two. The crew was tossed into the dark water, and forced to swim miles to a nearby island, where they hid from patrolling Japanese boats. There, they tried to get word to allied forces that they needed to be rescued.

And here we have a reenactment of Ronald Reagan while serving with the Army's motion picture unit.Photo by Brendan George Ko/History

The aim of the Presidents Day special, and a missed opportunity should it fail to do so, is to look at how their service informed their decisions as leaders who would eventually commit other American troops to wars, battles and engagements across the globe.

WATCH NEXT: Trailer: Peter Jackson's World War I Documentary 'They Shall Not Grow Old'