6 things the military does that are way better in moderation 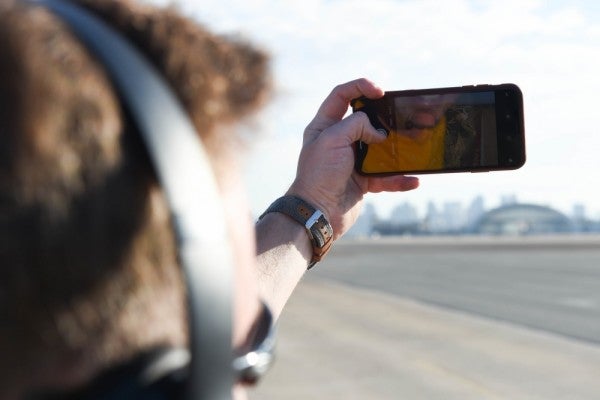 We all know service members like to push it to the extremes. Biggest, baddest, fastest; we like to do everything to the absolute -est. It's what we're known for: doing more with less, going places others can't go, first in, last out, you know, all those things. But sometimes in life, moderation is key.

You know Meals Ready to Eat were developed to keep you alive, right? Those little packs of 1,250 mostly bland calories developed by the Defense Department in the 1970s were intended to be a combat ration, not a snack.

We all know “that guy” who swears that the cheese tortellini is just like his mom used to make. Newsflash bro: eating three of those a day when you're working a desk is a cool 3,750 calories.

That PT belt is getting tighter for a reason: Math.

We love a good burpee just as much as the next guy, and we know CrossFit is a little like Fight Club, except the first rule of CrossFit is that you have to talk about CrossFit. We are here for your WOD and your Rx and your clean and jerks and your doubleunders all day, but when you start to have muscle atrophy, maybe take a rest day. Or three.

We've all been there. You pulled night duty again and all you need in your life is a nap, no matter if it's while you're sitting up. The fastest way to more night duty is to fall asleep on your current shift, so there's nothing like a Rip It to pick you up. No harm in that. Rip It is the perfect pick me up for those long nights.

But if you drink eight of those bad boys in one sitting, not only will you look like a squirrel on speed, you're going to feel it too. The Mayo Clinic advises not to exceed 400 milligrams of caffeine per day. Less is more.

You know them: The few, the proud, the decal on my car, rucksack wearing, billboard of a human that advertises their military affiliation, just begging for a “Thank you for your service.”

There's nothing like seeing a new soldier wear his assault pack into an Applebees (true story, this happened). While we appreciate you keeping everyone's neighborhood bar and grill a little safer, the only real threat is that your BBQ Brisket Tacos have more calories than one MRE. While we're on the subject, dog tags should always be worn under your uniform.

You're not Goose. There will always only ever be one Goose. And Maverick looked ridiculous wearing jeans on the beach, and shirtless. Nobody plays sand volleyball in jeans. Not even in the 80s.

We're excited about your new tattoo, too. And that it's leg day, again. And that you go on runs with your camelback. And that you're outside. And that you have a dog. And that you went hiking. Look at that, you're inside, too. While the background might change, that smug, attempted smoldering look during your selfie is as predictable as your PT score.

You're not a Kardashian. A selfie a day keeps the dates away. Stick to one a month.

We don't want to give you an Alpha Charlie just for the way you talk, but BOHICA, it's CFB it's getting out of hand. Fine if you're talking about your TDY; we know you're excited to get out of the five-sided puzzle palace. But when you post on Facebook that it's “ENDEX” to announce your first born is finally here, that's when you need to call it. Don't be the FNG, just KISS.

Whether it's toning down your MRE intake, your selfie game or broadcasting to the world that you're active duty, moderation is key. We want you to drink a Rip It, get your WOD on and sure, even snap a selfie from time to time. Just don't overdo it… unless it's binge watching Netflix.

That's something we can all get behind. Bravo Zulu.