Meet Michael Monsoor, The Heroic SEAL Who Is The Namesake Of The Navy’s Newest Ship

The Navy is set to commission the second ship in its Zumwalt class of destroyers the USS Michael Monsoor in a ceremony at Naval Air Station North Island in San Diego, California, on Saturday 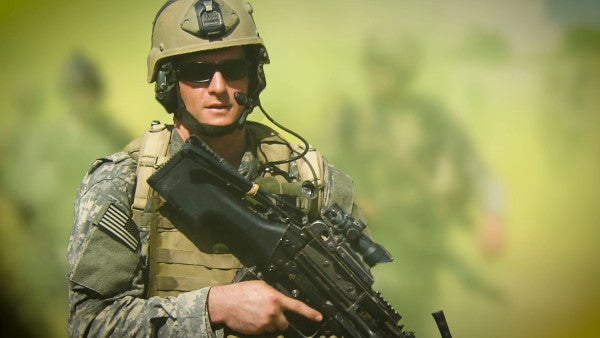 The Navy is set to commission the second ship in its Zumwalt class of destroyers as the USS Michael Monsoor in a ceremony at Naval Air Station North Island in San Diego, California, on Saturday.

“USS Michael Monsoor is one of the most capable warfighting assets our nation has to offer,” Secretary of the Navy Richard V. Spencer said in a statement. “This ship will provide independent forward presence and deterrence for decades to come and I am confident the crew will operate this vessel with the level of expertise, courage, and strength needed to overcome any challenge.”

The new destroyer is named for Petty Officer 2nd Class Michael Monsoor, a Navy SEAL who was posthumously awarded the Medal of Honor for “conspicuous gallantry and intrepidity at the risk of his life above and beyond the call of duty” during a Sept. 29, 2006 firefight in in Ramadi, Iraq, according to his award citation.

In honor of the new destroyer's namesake, the Navy released a video profile of Monsoor featuring his fellow SEAL teammates remembering his heroic sacrifice more than a decade ago. Watch it above and read Monsoor's full citation below:

For conspicuous gallantry and intrepidity at the risk of his life above and beyond the call of duty as automatic weapons gunner for Naval Special Warfare Task group Arabian Peninsula, in support of Operation Iraqi Freedom on 29 September 2006.

As a member of a combined SEAL and Iraqi Army sniper overwatch element, tasked with providing early warning and stand-off protection from a rooftop in an insurgent held sector of Ar Ramadi, Iraq, Petty Officer Monsoor distinguished himself by his exceptional bravery in the face of grave danger.

In the early morning, insurgents prepared to execute a coordinated attack by reconnoitering the area around the element's position. Element snipers thwarted the enemy's initial attempt by eliminating two insurgents. The enemy continued to assault the element, engaging them with a rocket-propelled grenade and small arms fire. As enemy activity increased, Petty Officer Monsoor took position with his machine gun between two teammates on an outcropping of the roof.

While the SEALs vigilantly watched for enemy activity, an insurgent threw a hand grenade from an unseen location, which bounced off Petty Officer Monsoor's chest and landed in front of him. Although only he could have escaped the blast, Petty Officer Monsoor chose instead to protect his teammates. Instantly and without regard for his own safety, he threw himself onto the grenade to absorb the force of the explosion with his body, saving the lives of his two teammates.

By his undaunted courage, fighting spirit, and unwavering devotion to duty in the face of certain death, Petty Officer Monsoor gallantly gave his life for his country, thereby reflecting great credit upon himself and upholding the highest traditions of the United States Naval Service.

SEE ALSO: Here's An Inside Look At The Navy's Newest High-Tech Destroyer

WATCH NEXT: Time-Lapse: The Michael Monsoor Transits The Panama Canal