The Military Case For Hemp, According To A Navy SEAL 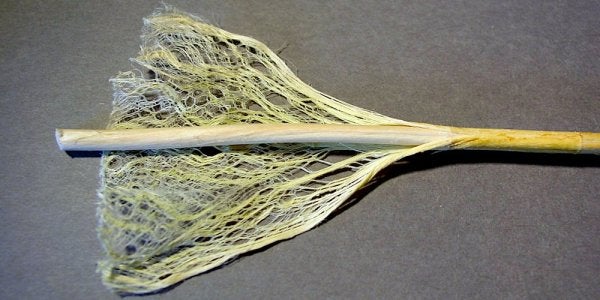 The worst part of military clothing is that it’s made by the lowest bidder. About three months into my third tour of Afghanistan, while deployed to Chamkani Firebase, my cammie bottoms started to fall apart from constant wear. Made from cotton and other blends of God-knows-what, my standard issue camouflage just didn’t hold up to the daily abuse of my deployment; my gear, though essential, simply couldn’t tolerate the harsh environment.

Ironically, there’s a material that is virtually fire-resistant and a thousand times more abrasion-resistant than cotton. It grows like a weed, so farmers will love it; its ecologically-sound, so hippies love it too.

I’m talking, of course, about hemp.

The applications of hemp aren’t a mystery. In 1938, Popular Mechanicspraised industrial hemp as “a new cash crop… will provide thousands of jobs for American workers throughout the land.” Hemp, the magazine noted, “has great tensile strength and durability … used to produce more than 5,000 textile products, ranging from rope to fine laces.”

But the promise of this cash crop never materialized: The venerable old hemp plant and its cousin marijuana have been illegal since Prohibition. While the psychoactive elements of marijuana sparked concern in the broader population, hemp got a bad rap along with its cousin; today, it;'s currently defined as a Schedule I controlled substance like LSD or heroin by the federal government and banned from commercial use in the United States for no good reason.

That ban may come to an end sooner than you think. At the moment, marijuana is legal or decriminalized in some form or another in 31 states and Washington, D.C., and a whopping 62% percent of Americans support legalization. As of August, Congress was even considering a measure to formally legalize the crop for average Americans to cultivate. With these changing attitudes, why aren’t we using this far superior fiber to make our military uniforms?

It’s a no-brainer, really: You’d be hard pressed to find one plant that is as versatile and useful Hemp products offer superior strength and fire and abrasion resistance while remaining porous and breathable, the perfect balance for everything from socks and jocks to even shoes. I can get super technical and start talking about the Taber test for abrasion or refer to the ASTM-E119 or UL-263, but is that what you really want?

Stronger than wool and probably equal if not better in abrasion and fire resistance, hemp offers alluring alternatives in the way military applications. Fast ropes used in special operations insertion could be an easy one: The current fast ropes are mostly made of wool and very expensive, but only useful for about five years. Hemp could beat that easy, in my opinion. How about a weave of hemp fabric into the Kevlar armor? Would it keep shrapnel from spraying off the plates? I want to test some stuff like this out — there’s probably a hundred things we could do better when we have better materials to start off with.

It’s worth noting that hemp even has health benefits. The seeds are extremely high in protein and the oil is one of the most healthy oils on the market with a perfectly balanced 3-to-1 ratio of Omega 6 and Omega 3 essential fatty acids. Hemp also contains Vitamin A & E, calcium, magnesium, sulfur, potassium, phosphorus just to name a few. Sounds even better than Wheaties.

The stuff is environmentally appealing as well. Hemp requires zero pesticides and uses 50% less water than cotton, which would be a godsend in drought-ridden areas. Indeed, cotton is 3% of the world’s agricultural production, but uses 25% of the worlds petrochemical inputs; hemp uses none. Adopting the crop may actually reduce U,.S. carbon output due to its simpler agricultural and manufacturing processes. Talk about a “save the planet” plant that has thousands of commercial uses!

Yes, thousands of commercial uses. You can make rope, rugs and all sorts of products; Henry Ford’s first car was reportedly built to run on hemp oil, and it was said the panels made from hemp were ten times stronger than their steel counterparts. In fact, you can get four times as much pulp from hemp per acre per year than you can from pine trees. That’s a lot of paper.

Maybe I’m aiming a little high. But in the meantime, I want the military to check out hemp cloth as a material for our field uniforms. Hemp cloth is porous and breathable, fire resistant, abrasion resistant, and takes color dyes better than cotton. If I had hemp cammies in Afghanistan, maybe they would have held up.