Welcome to Gearhead Wednesday, a regular gear review column by Chief Kristin Beck (ret.), a decorated veteran of the Naval... 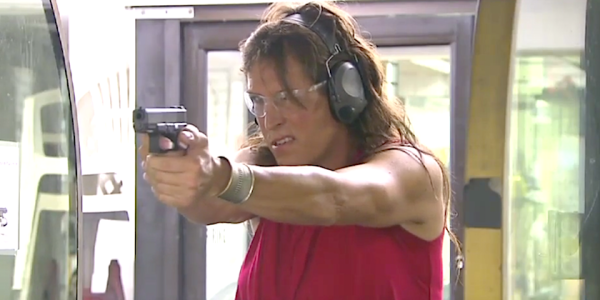 Odin, the warrior god of the Norse Vikings, was the original gearhead — and very giving. He forged the legendary hammer and gave it to Thor; he crafted a fantastic shield for Freya; he even has his own distinctive eyepatch he wears into combat. Odin may have held the title of all-father, but he was a gear junkie through and through.

You also know that Wednesday was named after Odin (from the Germanic Woden), so in honor of all gearheads out there, we’re going to have a column every Wednesday about your favorite or not-so-favorite piece of kit.

A little about me: I was a Navy SEAL for twenty years; I was stationed at the Development Group (DEVGRU) for a few years and my job was reviewing and developing cutting-edge Special Operations equipment. After DEVGRU, I went to the HQ Special Operations Command (SOCOM) as the Science and Technology Senior Enlisted. I was the “on the ground” Test and Evaluation operator and even deployed to Afghanistan to test em out real time. I’ll test current gear out nowadays in arduous conditions… trust me.

Get ready for FUBAR and a few BZ stories in this gearhead column. So basically I have used a ton of gear; some of it worked well and some of it sucked real bad. In the SEALs, we say everything can be fixed with riggers tape or 550 cord, but I have run into a few items that are better left at home — or to those guys who wear 5.11 like a religion.

But to start things off, our first piece of gear is one everyone knows: the woobie.

The woobie in actionDoD/Spc. Kristina Truluck

Anyone who has deployed into combat knows the best piece of gear is the woobie. OK, maybe not as important as a primary weapon, but it’s pretty dang important to a dogface. If you don’t know what a woobie is then, you will never understand the importance of a little bit of comfort when you are neck deep in a jungle or stuck in the middle of the desert for months on end.

The woobie is simply a poncho liner made of polyester and filled with an unknown warm interior. Its soft shell is the perfect bit of comfy in a foxhole. Its total weight is about a quarter pound and cost the government a few bucks. It’s totally priceless to a grunt to keep him warm or create a wack shack.

Personally, my woobie is going on 26 years old. Its faded and beat up and has a few fragmentation holes from explosions that were a bit close. It sits on my worn out leather lazy boy chair and smells like napalm in the afternoon. Here's the thing most people don't realize about the woobie: it's comfortable and freakishly durable, withstanding weather conditions that few other articles of clothing will ever see.

One of my fondest woobie memories has nothing to do with combat. In 2005, I was at Ft. Bragg working with some sneak-and-peak SF dudes, and my buddy let me crash at his place. We had beers and talked about our time in in the 1990s Bosnia grabbing PIFWICS. It was cool, and I was dog tired and fell asleep on the couch while lounging out. I awoke at 0400 ready to roll; he had thrown his Vietnam-era wobble over me. It was old and very faded light green. Cool dude, always a friend and always taking care of others.

A woobie is kinda like Linus’s blue blanket, but way cooler. It can also help others when they need it. It reminds me to not dwell on all the crap and the tough times. We all have the dark and the bad, but with some help from a friend or something to remind us of the good stuff we get through. I want to have more of those good times — and my woobie will be there.

Where’s your woobie? Post a photo of your woobie in the comments with your best woobie stories.