'The Navy reviewed the matter and will not pursue further action.' 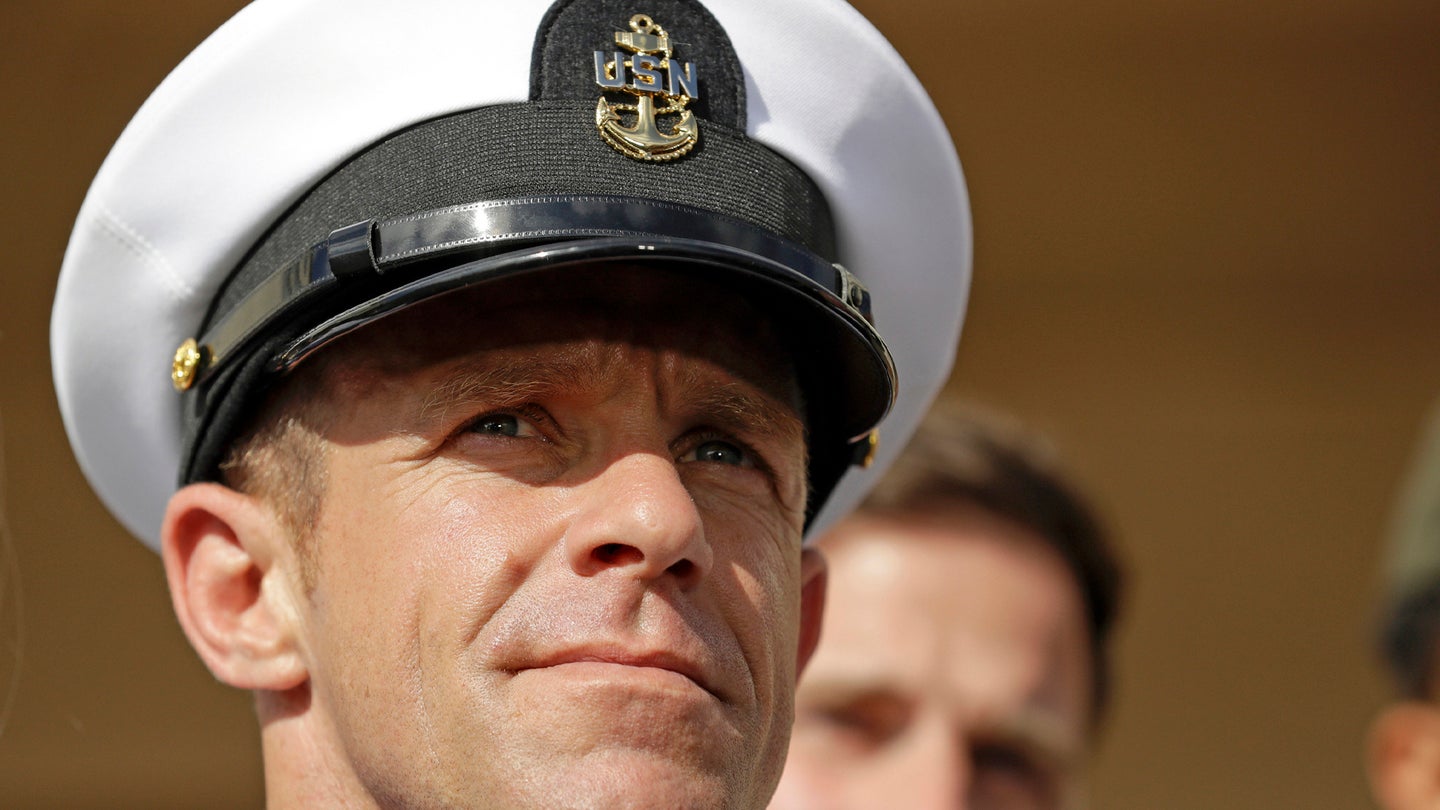 The Navy has decided not to investigate retired Navy SEAL Chief Eddie Gallagher for saying on a podcast that aired in May that he and other SEALs had “killed” a wounded fighter from the Islamic State terrorist group in 2017, said Navy spokeswoman Cmdr. Courtney Hillson.

“The Navy reviewed the matter and will not pursue further action,” Hillson said on Tuesday. “After a review conducted by the Navy, it was determined that Gallagher’s statements were not corroborated and no substantive information was found to merit an investigation based on those statements.”

In an interview for the finale of “The Line” podcast, Gallagher said that he and his teammates never tried to save the wounded man’s life. “Our intention was to kill him,” Gallagher said on the May 4 podcast episode. “Everybody was on board.”

When asked about Gallagher’s comments at a May 6 Pentagon news conference, Defense Secretary Lloyd Austin said “the Navy is looking into that issue.”

In May 2017, Gallagher was the senior enlisted leader for Alpha Platoon, SEAL Team 7 when Iraqi troops brought the team a fighter from the Islamic State terrorist group, who had been severely wounded by a U.S. airstrike. Gallagher was accused of stabbing the ISIS fighter in the neck – which he has consistently denied.

Gallagher was ultimately found not guilty of murder at his 2019 court-martial, during which then-Petty Officer 1st Class Corey Scott testified that he – not Gallagher – had placed his thumb over the wounded ISIS fighter’s breathing tube until the man suffocated.

Although Gallagher was found guilty of posing for a picture with the prisoner’s corpse and initially demoted, former President Donald Trump restored Gallagher to his former rank and later prevented the Navy from taking away his SEAL trident, ultimately costing former Navy Secretary Richard Spencer his job.

The entire Gallagher affair seemed to have been settled, until he said on “The Line” finale that he had instantly recognized that the wounded ISIS fighter was beyond saving, so he and his fellow SEALs decided to perform medical treatments on the man until he died.

Earlier in the podcast, Taberski asked Gallagher if what the SEALs had done to the ISIS prisoner could be considered “nursing to death.”

“Yeah, if you want to put it in a nice way, I guess,” Gallagher responded.

“I don’t want to put it in a nice way,” Taberski interjected.

“Well, it’s, yeah, nursing him to death or just killing him,” Gallagher said. “I mean, he was going to die, regardless. We weren’t taking any prisoners.”

Speaking to Task & Purpose on Tuesday, Gallagher said that he has always believed that the ISIS fighter died as a result from being wounded in the airstrike and that his comments on the podcast had been taken out of context.

The man was “on death’s door” when the Iraqis brought him to the SEALs, said Gallagher, who added that he realized the Iraqi troops wanted “go torture him or chop him up.”

Gallagher insisted that the reason he and the SEALs conducted medical treatments on the dying man was to save him from being tortured.

“It was a quick decision on my part to start medical treatments,” Gallagher said. “That’s what I think is a hard thing for people to understand: That way, he died peacefully in front of us instead of getting hacked to pieces somewhere else.”

During his episode for “The Line,” Gallagher said he cut an emergency airway in the ISIS fighter’s throat “just for practice.”

In a more recent interview with Military.com reporter Stephen Losey, Gallagher recalled how another SEAL punched a needle through the ISIS fighter’s breastplate in an attempt to infuse fluids directly into his bone marrow.

The man didn’t move at all, Gallagher said.

“I knew he was out, because that’s a very painful procedure,” Gallagher told Military.com.

At the time, Gallagher thought the ISIS prisoner had been given a sedative, but that turned out not to be true, he told Task & Purpose on Tuesday.

“While he was being worked on, he was not being tortured,” Gallagher said. “He wasn’t screaming. There was no fight.”