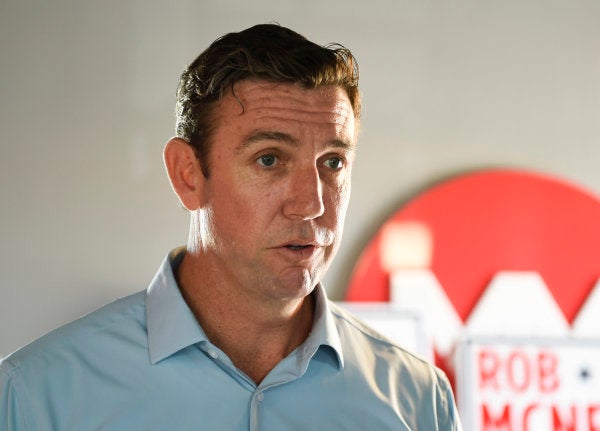 Rep. Duncan Hunter (R-Calif.) is at it again. And by “it,” I mean willingly offering up information about questionable shit he did while he served as a Marine.

In an interview for Barstool Sports’ Zero Blog Thirty podcast, Hunter was asked about his support of Navy SEAL Chief Edward “Eddie” Gallagher, who has been accused of war crimes including stabbing a captured ISIS fighter to death.

Hunter responded that he “frankly care” if the ISIS fighter was killed, and that “even if everything the prosecutors say is true in this case, then Eddie Gallagher should still be given a break, I think.”

“I just feel like it’s such a slippery slope, and it goes against our honor so egregiously if that is the case,” one of the hosts, also a former Marine, said to Hunter.

The Pentagon has been forced to reckon with its civilian casualty problem in recent months. In February, Washington Post reported that the department “launched a major examination” after criticism that it has failed to protect innocent civilians in counterterrorism operations. In 2017, then-Defense Secretary Jim Mattis “stressed the Pentagon’s commitment to keeping civilians safe,” the Post reports, though he admitted that zero casualties “has never been achieved before in warfare.”

But Hunter’s comments appear to suggest that civilian casualties, including women and children, are simply an unavoidable part of warfare regardless of DoD policy. And the circumstances he’s referring to — indiscriminate artillery fire during an engagement with the enemy — is entirely different than the purposeful murder of one specific prisoner that Gallagher is accused of (Hunter’s office did not respond to request for comment from Task & Purpose).

Hunter has a knack for openly admitting to questionable things he did during his time in the U.S. armed forces; he recently said that he, too, took a photo with the corpse of an enemy combatant, another one of the crimes Gallagher is accused of.