In a recent court filing, federal prosecutors accused Hunter of using campaign money to pay for a variety of expenses involved with his affairs, ranging from a $1,008 hotel bill to $7 for a Sam Adams beer 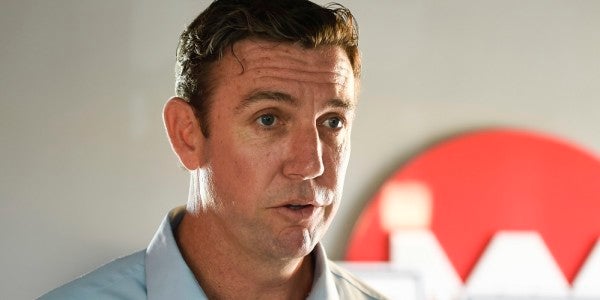 Hunter, who fought in the Iraq War as a Marine artillery officer, and his wife Margaret were indicated by a federal jury on Aug. 21, 2018 for allegedly using up to $250,000 in campaign funds for personal use.

In a recent court filing, federal prosecutors accused Hunter of using campaign money to pay for a variety of expenses involved with his affairs, ranging from a $1,008 hotel bill to $7 for a Sam Adams beer.

“Carrying out all these affairs did not come cheap—Hunter spent thousands of dollars treating women to meals, drinks, and vacations, and traveling to and from their homes,” according to a June 24 motion to admit evidence of Hunter using campaign funds for personal relationships. “Given the pronounced financial difficulties the Hunters were facing, his use of campaign funds to pursue these relationships was necessary for Hunter to satisfy his desire for intimacy.”

None of the names of the five women with whom Hunter allegedly had romantic relations is included in the motion. They are identified only by their jobs: Three were lobbyists, one was an aide in another congressional office, and one was a Hunter staffer, according to the court documents.

Hunter allegedly stayed with several of the women in their homes, using campaign money to pay for Uber rides, the court documents say.

In one case, Hunter was supposed to stay with his wife for three nights in a hotel, but Margaret Hunter arrived a day later than expected because she had to rebook her flight, court documents say. Hunter allegedly kept his room reservation for the first night and spent it with his mistress.

He and his wife later used campaign funds to pay $455 for the entire visit, court documents say.

“In describing this expenditure to his campaign treasurer later, Hunter never explained the reason he kept the first night at the hotel,” court documents say.

Hunter's spokesman and attorneys did not respond to repeated requests for comment on Tuesday.

Margaret Hunter pleaded guilty to a conspiracy charge on June 13. She is scheduled to be sentenced on Sept. 1 and could face up to five years in prison.