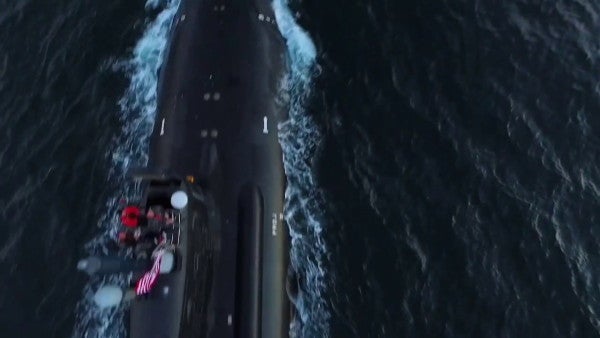 Last week Task & Purpose published a story about a lawsuit alleging that America's largest military shipbuilder misled the government and falsified tests and certifications on stealth coatings of its submarines “that put American lives at risk.” The story quickly made the rounds online. Within a week, major outlets had picked it up.

Given the attention the story has gained, Task & Purpose's deputy editor, Jared Keller, spoke with senior reporter, James Clark, to ask how he found out about the allegations, how the story was sourced, and why he spoke to the people he did.

This is the first installment in the recurring column How We Found Out.

Jared Keller: James, last week, you wrote a story about a whistleblower complaint accusing major defense contractor Huntington Ingalls of falsifying records and certifications on a Navy submarine program. This seems like a big scandal — can you give me a brief rundown of what that was all about?

James Clark: Sure. Here's the gist of it: A former employee of Huntington Ingalls — America's largest military shipbuilder — is accusing the company of falsifying certifications and test results on the stealth coating of the Navy's Virginia-class attack submarines. The employee, Ari Lawrence, was a senior engineer at the company until 2017, and he's claiming that Huntington Ingall's Newport News Shipbuilding facility in Virginia took shortcuts which plagued the class of submarines with problems, and may have placed American lives at risk.

JK: Wait, isn't this the next-generation stealth coating that the Navy's been bragging about as a major asset against the likes of Russia and China? I know people often overplay the “lives at risk” thing but this seems, well, really messed up.

JC: Yeah, if the allegations are true, then it could be a pretty big deal.

The stealth coating, or Special Hull Treatment as it's called, is designed to absorb sound waves of active sonar so they don't bounce back to the ship or sub that emits them. Basically, it helps a sub avoid detection.

Unfortunately, the Virginia-class submarines have been having issues with this coating: it's been peeling off, not in individual tiles, like on the Los Angeles class subs, but in long strips.

The foam-rubber-like coating is glued onto the outside of the submarines, and the complaint is alleging that the Newport News Shipbuilding didn't have the right qualifications to do this job, but claimed they did, and so the tiles weren't being affixed properly, and ripped off while the sub was underway.

This lawsuit is laying just about all of the blame for the Virginia-class subs' coating issues at the feet of Huntington Ingalls.

JK: So how'd you find out about this in the first place anyway?

JC: The credit for this actually goes to Seamus Hughes of George Washington University. He does a lot of really fantastic reporting on government lawsuits, and he saw this court filing pop up and flagged it for us.

JK: How'd you make sense of what was in the filing?

JC: Because I'm not a lawyer or a submariner it was like reading a document written in two different languages, neither of which I spoke. So I needed folks to translate. I reached out to a military and veterans attorney I've used as a source in the past, to ask about the legal jargon, then once I had a basic handle on that, I spoke with a friend who's a lawyer and specializes in cases like this, to get a sense of how this type of lawsuit works.

For the sub stuff, I was completely out of my depth — yeah, a shitty sub pun, deal with it — but fortunately I had a few reporters kindly suggest sources for this, and spoke with two former submariners on background (meaning they could talk about what they know without being named), so they could explain what it all meant, and why it mattered. One of the things folks may not realize, is that talking to sources on background, or even off the record, is a great way to get a handle on a story before you talk with a source on the record. That way you know what questions you should be asking.

Once I had a better idea of what was in the complaint, I spoke with Bryan Clark, a senior fellow at the Center for Strategic and Budgetary Assessments and a retired submariner, and asked him about the hull coating, and how common it was for it to come off Virginia-class submarines compared to other subs, and whether that was a big deal.

JK: I have to say, the timing of this story is fortuitous. There's a lot of talk about whistleblowers at the moment — what can you tell me about this particular instance, like the qui-tam lawsuit, and how you got to the substance of the story?

JC: Honestly, framing it as a “whistleblower” story wasn't something that required a lot of deliberating on, and the reason is pretty simple: This is a qui-tam lawsuit, which is a type of suit brought under the False Claims Act, that incentivizes whistleblowers to come forward if they suspect there was fraud against the government. The way it works is a whistleblower identifies an issue, gathers evidence, then gives the Department of Justice a heads up, at which point the DOJ investigates it. Then if the government gives the go-ahead, the whistleblower can bring a suit against a company on behalf of the U.S. government. If the suit is successful, the whistleblower and the government both get paid.

However, from what I was told, that doesn't mean that the U.S. government is throwing its support behind the suit, just that in this case, they've given Ari Lawrence and his attorneys the go-ahead to sue Huntington Ingalls on their behalf.

JK: Have there been any new developments on this lawsuit since you first published this story?

JC: Yeah. So for this one, we had a bit of trouble getting a hold of the attorneys at first: My gut is that they were just following the federal government's lead by not commenting on matters that may be pending litigation. That, or we spooked the hell out of them by blowing up all their phones and email addresses over several days.

This meant we mostly had to work off the complaint, so we didn't find out until later that the case was actually dismissed last week. The case wasn't dismissed because of the merits of the suit, but due to an issue with how it was filed. Kenneth Yoffy, one of Lawrence's attorneys, told me Wednesday morning that they'll be filing an amended claim this week, and that they're still going ahead with the lawsuit (An update has been added to the original story, to include that new information).

JK: Are there lingering questions you have that you haven't been able to answer yet?

JC: I have a bunch, actually, but I'm going to wait to see what comes of this lawsuit. Huntington Ingalls has strongly denied the allegations, and they've said they're going to fight it.

Editor's Note: You can always reach out to Task & Purpose journalists through our confidential tip line: tips@taskandpurpose.com. You can also say hi to the reporter on this story, James Clark, via Twitter, or email.