Army veteran Miguel Perez Jr. was allowed temporary travel to the U.S. for an immigration hearing, to decide if he can obtain citizenship after being deported in 2018 over nonviolent drug charges 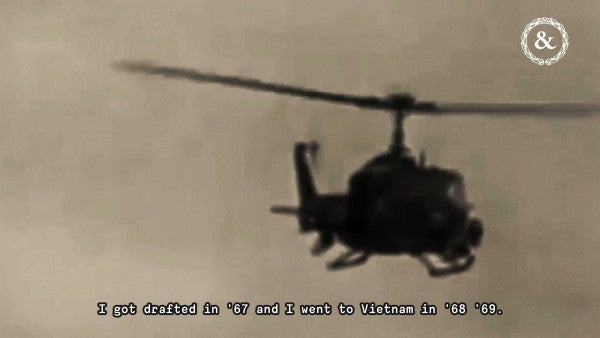 An Army veteran who was deported last year is back in Chicago this week to fight for citizenship, hoping to stay in the country he's called home since he was a child.

Miguel Perez Jr., 41, was born in Mexico, according to the Associated Press, and immigrated with his family to the U.S. as a child, where his parents naturalized as citizens. He joined the Army in 2002 and suffered a traumatic brain injury during a tour in Afghanistan, after which he was diagnosed with post-traumatic stress disorder.

Miguel Perez Jr. listens to a supporter speaking at a news conference in Chicago on Tuesday, Sept. 24, 2019. Perez, an Army veteran who was deported to Mexico in 2018 arrived back in Chicago Tuesday for a final chance at becoming a U.S. citizen and living in the city he has called home since boyhood
(Associated Press/Teresa Crawford)

According to the Associated Press, Perez “wasn't able to immediately get medical care” from the VA to help him with the crippling anxiety that resulted from his PTSD, leading him to turn to drugs. He was accused of giving cocaine to an undercover police officer in 2008 and later pleaded guilty, spending seven years in prison.

Following his release, Perez was turned over to Immigration and Customs Enforcement (ICE) an spent another two years in detention before he was denied U.S. citizenship deported to Mexico last year. Perez declined to talk about his time in Tijuana, other than to say that he faced “dangerous” living conditions.

Perez returned to Chicago, Illinois, on Monday after being pardoned by Illinois Gov. J.B. Pritzker, reversing his conviction and “reviving Perez's chances to become a citizen,” as the AP put it.

“Miguel was failed on multiple occasions by our immigration service, for sure, and our treatment service for veterans … People need treatment, not deportation,” Dr. David Ansell with Rush University Medical Center, who treated Perez while he was being detained by ICE, told the AP.

His citizenship hearing is scheduled for Wednesday, Chicago ABC affiliate WLS-TV reports, though a decision isn't expected until next week. Per the Associated, he is allowed to stay in the U.S. for two weeks.

“We'll see what happens,” he told WLS-TV. “I have faith in God that I will be able to stay home. … Chicago is my home. I don't know any other home but Chicago.”