Phil Klay writes with passion and clarity on what it means to be a veteran and a citizen. 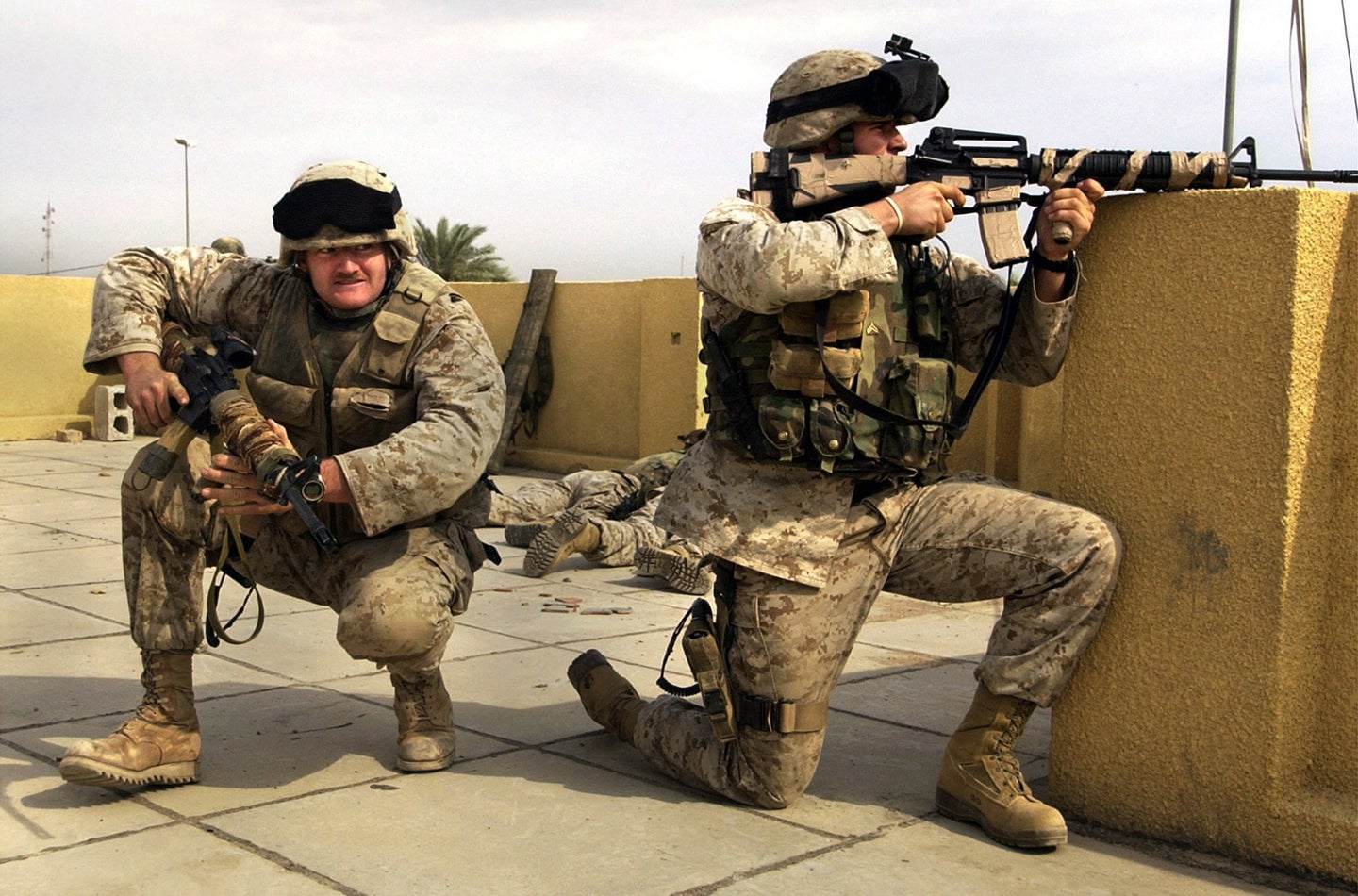 From public affairs staff officer in Iraq to author of the National Book Award-winning collection of short stories Redeployment, and the acclaimed novel Missionaries, to frequent contributor to the pages of New York Times, the New Yorker and other prestige media outlets, former Marine Phil Klay’s ascent to the top of the contemporary veterans-writing mountain has been remarkable.

Now, from Klay arrives Uncertain Ground: Citizenship in an Age of Endless, Invisible War, a collection of articles and editorials published between 2010 and 2021. The only new writing included is an interesting but short introduction, and the scholarly title heralds a more cohesive argument about citizenship than a random collection of pieces published over the breadth of a decade seemingly can deliver. And yet the title is not a false promise, for Uncertain Ground’s achievement lies in how the collected articles illuminate the complex relationship between the individual and the state, particularly in matters concerning military and war.

“And so,” Klay tells us in the Introduction, “as I started writing about the war and the people who fight it, I envisioned my task primarily as making sense of the past.” Past, in this case, means the previous few years of war in Iraq, but as Klay reports, this past has never really passed. Iraq, relatively subdued when Klay left in 2008, burned hot again for several more years and things got even hotter in Afghanistan while fighting spread to Syria, Somalia, Pakistan, and the Philippines.

“…my war just kept going,” Klay writes, and expanded not just to other overseas locations but to the domestic cultural and political fronts. “The essays in this book represent my attempts over the course of the Obama and Trump administrations to grapple with how we got here,”  with “here” being an America oblivious to continuous “invisible” wars waged overseas, but increasingly accustomed to politicized violence, hate-crimes, and mass murder at home. Contemplation of what Klay calls “a bizarre circumstance” — forgotten wars overseas, increasing strife at home in the United States — clarifies for Klay that citizenship is the crux of the issue.

Uncertain Ground begins with the first article in the collection to appear in print, “Death and Memory,” an opinion piece published by The New York Times in 2010, and ends with the last-published article, another Times contribution titled “American Purpose After the Fall of Kabul,” from 2021. In between these two bookends, however, the essays are not presented chronologically, but in sections titled, in order, Soldiers, Citizens, Writing, and Faith. The first two sections focus most obviously on the concept of citizenship. Broadly speaking, the essays in Soldiers explore the worldviews of military men and women who fought in Iraq and Afghanistan and how they look back on their experience afterward, while in Citizens, Klay speaks more generally about military service and civic obligation.

The longest essay in Uncertain Ground, “Citizen Soldier: Moral Risk and the Modern Soldier,” published by the Brookings Institute in 2014, anchors the Citizens section. In it, Klay deftly braids personal reflection with a historical exploration of American attitudes toward military service, before ending with a pronounced assertion that soldiers have paid in full their obligation to their country, and that it is up to civilians who haven’t served to match their example: “No civilian can assume the moral burden felt at a gut level by participants in war, but all can show an equal commitment to their country, an equal assumption of the obligations inherent in citizenship, and an equal bias for action.”

Who needs to hear this message? The essays in Uncertain Ground are written in sympathy with rank-and-file veterans but are not necessarily addressed to them, as evidenced by the sophisticated sites of their publication. Vets are certainly welcome along for the ride, but Klay’s primary intended audience would seem to be highly literate readers, most presumably without military experience. Lightly asserting his own service as a badge of authority — Klay mentions in almost every essay his one modest tour as a Marine public affairs officer in Iraq with no direct experience of combat — he uses the relatively minor (yet still impactful) events of his deployment as start points for contemplation of hot-button issues of the day, such as immigration, the mass murder in Las Vegas, the fall of Afghanistan, and the propensity for violence in the American psyche. The consistent message throughout is that by paying more attention to the wars fought in their name overseas, and specifically by listening more closely to the veterans who have fought them, his civilian readers will obtain better purchase on the violence and discord they can’t avoid noticing at home.

Throughout Uncertain Ground, Klay’s preference is to highlight examples of soldier sacrifice and compassion that illustrate how honorable commitment to serve is matched by actual nobility of service. Examples include Marines who render first-aid to an insurgent who had just killed two of their own and a military chaplain who took it upon himself to care for dying Iraqi children. Writing of Marines who willfully exposed themselves to enemy fire, Klay calls them examples of “democratic courage” and concludes, “…we, as members of that body from which they came, are to take heart from their example and commit ourselves with equal vigor to sustaining an American society that will continue to inspire such courage.”

Klay less often confronts soldier malfeasance and veteran self-aggrandizement, but he doesn’t avoid them altogether. In “The Lesson of Eric Greitens, and the Navy SEALs Who Tried to Warn Us,” for example, he considers the case of the former SEAL and Missouri governor’s dishonorable behavior, and the Introduction offers a short but intriguing reading of Ashli Babbitt, the veteran who died storming the Capital on January 6.

To deal with the prevailing civic strife, several possibilities emerge from Uncertain Ground. One is Klay’s own model of informed inquiry, on display in the essays themselves. Klay considers events and ideas slowly, digs for scholarly and historical antecedents, solicits the opinions of a trusted circle of fellow vet-writers, and then carefully measures stakes and possibilities. The goal of each essay is not a practical solution, but a middle-ground understanding that reflects awareness of complexity and perspective while allowing for dialogue. This philosophy and style is best expressed in “Public Rage Won’t Solve Any of Our Problems,” particularly in a passage from which the collection appears to draw its title:

“Clearly, stoking rage and contempt in the public square can work. It excites us. It gives us courage to act in the face of uncertainty…. it allows us to feel we’re on certain ground. But we’re never on certain ground. And while abandoning a process of thoughtful deliberation can win you power, what it can never do is give you hope of using that power wisely.”

Standing on “uncertain ground,” then — living with ambiguity without losing hope or becoming paralyzed – is desirable, in Klay’s way of thinking, and “thoughtful deliberation” is the road leading to the palace of wisdom.

For Klay, three certainties actually do exist that make it easier to stay engaged and maintain hope. One is his belief that America’s founding ideals are worthy, and that America’s history and the character of its people reflect those ideals. Two is his belief that military service is honorable, and those who serve for the most part serve nobly even in the face of hardship and temptation to act disgracefully. Three is religious faith, specifically the Catholicism with which Klay was raised, subsequently abandoned while in Iraq with the Marines, and then found again in the years after service as disillusionment and alienation set in. Klay reports that renewed faith has provided him a means of coping when the “world was not quite meeting my hopeful expectations.”

Though “citizenship” might not be the most apparent term for parsing the issues facing Americans, Uncertain Ground can drive reconsideration. Not all of Klay’s claims are exempt from critique, nor do Klay’s essays comprehensively explore all factors that make citizenship complicated today. Even so, they provide numerous compelling prompts for alert readers’ consideration about their own relationship to the state. As Klay puts it, “These essays consist of so many broken fragments of my faith in, and love of, America.”

For veterans, thinking through the ramifications of being a “citizen” seems especially apt. Shortly before I learned of Klay’s new book, I listened to veteran poets Seth Brady Tucker and Drew Pham speak of how writing and military service stoked their apprehension of their personal imbrication with larger matters of politics and state. Neither Tucker nor Pham mentioned the word, but as I listened, I scribbled in my notes “citizenship” as the issue they were circling — my own realization that as young men and women become soldiers and then young veterans and finally old veterans, their relationship to the nation they once served unquestionably while in uniform becomes more complex, and more urgent.

Klay is as thoughtful, eloquent, and prolific a writer as the global war on terror cohort of veteran authors has produced, and so in closing we can wish Uncertain Ground offered more insight on his life as an author. Such early achievement as both an author of fiction and non-fiction bespeaks a complicated blend of talent, effort, opportunity, and calculation. Uncertain Ground offers little reflection in this regard, though a throwaway line teases with possibility: “During my past decade of writing about war, I’ve often been unsure of whether I’m fulfilling a civic obligation, exploring a personal obsession, accepting a religious duty, or simply screaming into the void.” Exploration of these options would be welcome, as would be a discussion of craft, anecdotes about how Klay separated himself from the pack of vet-writers on his way to the big time, and more reflections on beloved and influential books, authors, and teachers.

Most of all though, we wait expectantly for more new writing on any subject from Klay, which as busy as he likes to stay, is certainly forthcoming. Indeed, he has published two new long-form articles online in the weeks leading up to the publication of Uncertain Ground. New books certainly are on the way, too, including – one hopes – more short stories and novels that artistically portray the vexed business of living as a responsible citizen in contemporary America.

Peter Molin is a retired Army infantry officer and former instructor at the United States Military Academy. Since 2012, he has published the blog Time Now: The Wars in Iraq and Afghanistan in Art, Film, and Literature.