More Military Reliefs And Mistakes: It’s Been A Long Winter In Canada

Our northern neighbor has been busy! –The no. 2 officer in the Canadian military was charged with breach of trust... 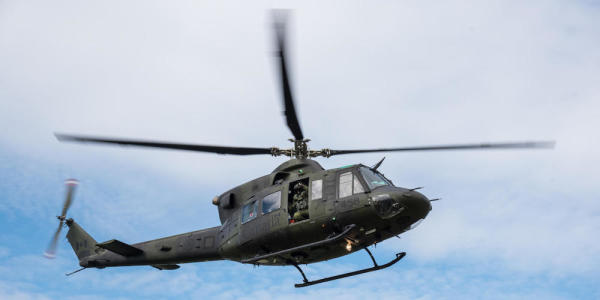 Our northern neighbor has been busy!

–The no. 2 officer in the Canadian military was charged with breach of trust by the Mounties. Bonus fact: The spokesman for the Royal Canadian Mounted Police is, I am not kidding, one Vladimir Napoleon. I wonder if he invades himself?

–A Canadian lieutenant colonel was charged with drunkenness and mistreatment of a subordinate whilst deployed to Iraq.

–Speaking of Canada, as we have been, a helicopter from the Royal Canadian Air Force bombed a house in Miami with a life raft. It was not on purpose. Not making this up.

Meanwhile, back in the U.S. of A., the Department of the Navy has been trying to keep pace:

–The Marine Corps legislative liaison to the Senate, a brigadier general, was suspended after the Senate Armed Services Committee indicated to the Commandant that he was acting like a shithead. This is interesting especially because in the Corps, the liaison position has been a hot position to hold.

–Marine Lt. Col. Joshua Kissoon, the former commander of the 3rd Recruit Training Battalion on Parris Island, got a plea deal under which he retires, is fined $5,000, and gets a reprimand. The case involves the death of a Muslim recruit who was hazed and fell to his death from the 3rd floor of his barracks. He pleaded guilty to dereliction of duty, making a false statement, and conduct unbecoming. Interestingly, his former commander, who also was relieved, got immunity to testify against him. This is the biggest Marine boot camp scandal since the Ribbon Creek disaster of 1956 in which a drill instructor wound up getting six recruits drowned.

–The commander of Navy amphib squadron and his loyal Sancho Panza were ousted for being poor leaders. (HT to Freddy Mercury.)

–Two more Navy officers were deep-sixed in the “Fat Leonard” scandal. I’ve lost count of the totals, and apparently so have reporters, judging by this article.

–And an Army National Guard brigadier is back on the radar screen and under criminal investigation for alleged flim-flammery at the same time as his philandery. Speaking of the Army, it still isn’t clear to me why it gets away with being less transparent than the other services are about reliefs and charges. Ideas? Bueller?