This Is A Letter On Trump, Churchill and Orwell The Toledo Blade Didn’t Dare Run

I sent this letter to the editor of the Toledo Blade, a minor American newspaper, several weeks ago. Enough time... 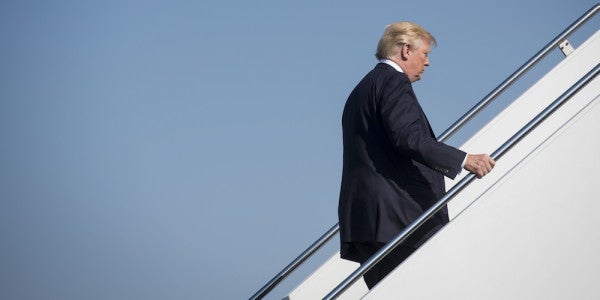 I sent this letter to the editor of the Toledo Blade, a minor American newspaper, several weeks ago. Enough time has gone by so that it appears to me that they won’t run it. The nice thing about having this column is that I can ensure it still sees the light of day. — Tom

I am writing to express my disappointment with Keith Burris’ column of Jan. 26 that, in the course of arguing that Donald Trump is not a racist, invoked my book “Churchill and Orwell: The Fight for Freedom.”

I was especially chagrined because the point of my book was that one should pay attention to evidence of deeds and words, and make judgments according to that evidence. Using that approach, I would conclude that Donald Trump is indeed a racist, as well as a destructive demagogue. Mr. Burris is, of course, free to ignore the president's track record, but in the future, I hope he doesn't drag my book into it.

By the way, when I wrote to Mr. Burris to object to his doing so, he first called me “incredibly arrogant,” and then “guilty of hubris with precious little self-awareness.” I wonder if this is the approach the Blade really should take with readers offering criticism. That sort of response certainly doesn't suggest that your editorial page is being run by someone willing to engage in serious, sober dialogue about the direction of our nation, as one would hope.